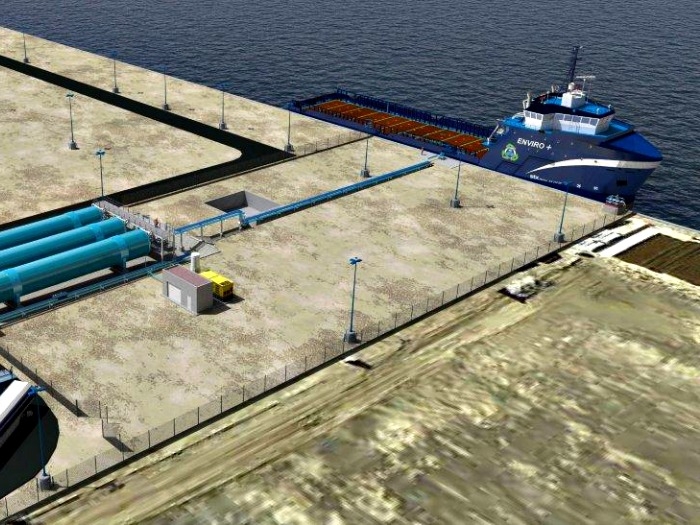 AUGUST 18, 2014—Wärtsilä will supply the control system for a shore-based Liquefied Natural Gas (LNG) fuelling facility in Port Fourchon, LA, owned by New Orleans-based Harvey Gulf International Marine, Inc. The facility will be the first of its kind in the Gulf of Mexico and will be used to fuel Harvey Gulf’s new class of dual fuel platform supply vessels (PSVs).

Under the contract, Wärtsilä will supply the control cabinets, the PLCs, computers, software programming and service commissioning. It is designed to enable the entire fuelling process to be fully controlled from the control room onboard the Harvey Energy Class PSVs, thus making the fuelling far more efficient and safer than would be otherwise possible. Wärtsilä will deliver the equipment in November 2014.

“The Harvey Gulf PSVs are to be fitted with the Wärtsilä LNGPac gas control system, so it was natural that the same basic technology should also be used for the shore fuelling facility,” says Joe Amyot, Sales Director, Wärtsilä Ship Power. “There is a growing need for an LNG fuelling infrastructure in the Gulf of Mexico, so this represents an important step forward. Both Harvey Gulf and Wärtsilä are fully committed to promoting environmentally sustainable operations, and by facilitating the use of LNG as a marine fuel, this philosophy is clearly enhanced,” says Amyot.

Besides providing a refuelling supply for offshore supply vessels powered by LNG, the facility will also have the capability to provide a fuel source for LNG fuelled cargo ships operating in the Houston-New Orleans region.

Harvey Gulf currently has six LNG fuelled PSVs under construction at the Gulf Coast Shipyard Group. All of the PSVs will be powered by Wärtsilä 34DF dual-fuel engines and have other Wärtsilä equipment onboard, including the Wärtsilä LNGPac gas storage and supply system. Harvey Gulf, additionally, has two diesel-electric construction vessels in production equipped with Wärtsilä 32 engines and other Wärtsilä solutions.