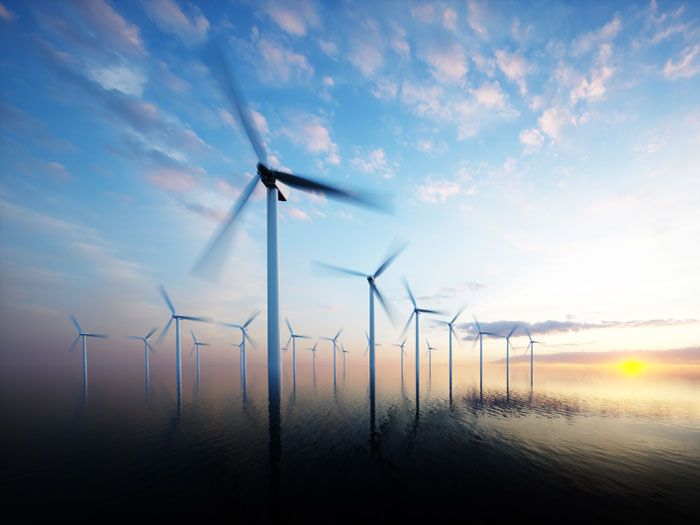 AUGUST 3, 2017— Dominion Energy Virginia recently signed an agreement and strategic partnership with Denmark’s DONG Energy to build two 6 MW turbines about 27 miles off the coast of Virginia Beach in a federally leased site. The two companies are ironing out details for engineering, procurement and construction.

DONG Energy has begun engineering and development work on what is being called the Coastal Virginia Offshore Wind project, with an expected installation by the end of 2020.

The project would be only the second offshore wind project in the U.S.—the first being Block Island Wind Farm—and the first owned by an electric utility company.

“Virginia is now positioned to be a leader in developing more renewable energy thanks to the Commonwealth’s committed leadership and DONG’s unrivaled expertise in building offshore wind farms,” said Thomas F. Farrell, II, Dominion Energy’s Chairman, President and CEO. “While we have faced many technological challenges and even more doubters as we advanced this project, we have been steadfast in our commitment to our customers and the communities we serve.”

Virginia Governor Terry McAuliffe said he saw the project as “the first step in what I expect to be the deployment of hundreds of wind turbines off Virginia’s coast that will further diversify our energy production portfolio, create thousands of jobs, and reduce carbon emissions in the Commonwealth.”

Samuel Leupold, Executive Vice President and CEO of Wind Power at DONG Energy, said, “This project will provide us vital experience in constructing an offshore wind project in the United States and serve as a stepping stone to a larger commercial-scale partnership between our companies in the future. We see the tremendous potential in the Mid-Atlantic for emission-free, renewable wind generation and we are excited to help the Commonwealth in reaping the benefits of wind power.”

This phase one development of two wind turbines will be built about 27 miles off the coast of Virginia Beach on a 2,135-acre site leased by the Virginia Department of Mines, Minerals and Energy.  The project opens the door to long-term commercial wind development. It will provide critical operational, weather and environmental experience needed for large-scale development in the adjacent 112,800-acre site leased by Dominion Energy from the Bureau of Ocean Energy Management (BOEM). Full deployment could generate up to 2,000 megawatts of energy – enough to power half a million homes.

The two companies have signed a memorandum of understanding that gives DONG Energy exclusive rights to discuss a strategic partnership with Dominion Energy about developing the commercial site based on successful deployment of the initial test turbines.