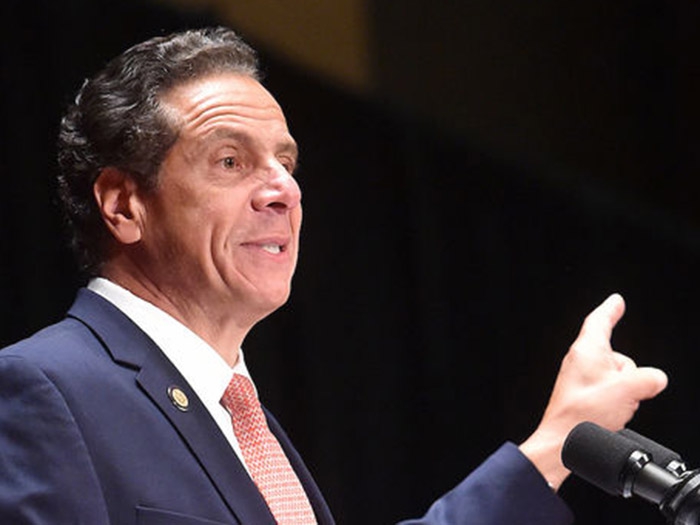 The Governor’s letter also enclosed the state’s comments on the Department of Interior Bureau of Ocean Energy Management’s Call for Information and Nominations, which closed yesterday.

You can read the comments HERE

Following is the text of Governor Cuomo’s letter:

New York’s commitment to offshore wind is real and unwavering. Our first 90 megawatts of offshore wind energy are already underway, we have initiated a process to procure at least an additional 800 megawatts by 2019, and the U.S. Department of Energy recently selected the New York State Energy Research and Development Authority to head the National Offshore Wind Research and Development Consortium.

This is just the beginning, as the State strives toward its goal of developing 2.4 gigawatts of offshore wind energy by 2030 in a cost effective and responsible manner. The realization of that goal will create thousands of new jobs and offer New Yorkers overwhelming benefits in the form of lower energy costs, a more resilient power grid and a cleaner environment.

The federal government has an opportunity to play a significant role in this success story. New York submits the enclosed comments supporting the identification of the most optimal future wind energy areas in the New York Bight, supported by the State’s Offshore Wind Master Plan and its 20 supporting studies published earlier this year.

This submission is the result of nearly three years of in-depth analysis, stakeholder outreach, and scientific study—an effort and investment New York has been proud to make for its clean energy future.

Let me be clear: our commitment to offshore wind is smarter, cleaner, and safer than the frightening federal proposal to allow offshore drilling. Instead of trying to revive the fossil fuel industry, I call on you to join us in our efforts to build a 21st century clean energy economy.

Now is not the time for oil and gas offshore drilling, which poses an unacceptable risk to our coastal resources and our economy. A spill would threaten 60 percent of our state’s population that live along our tidal coastline and put at risk the tens of billions of dollars in economic activity and hundreds of thousands of jobs created by our ocean economy. Now is not the time to trade our coastal ecosystem, our fisheries and ports, and our marine and other wildlife for greenhouse gas emitting fossil fuels.

Now is the time for offshore wind. In New York, we have a unique opportunity to develop offshore wind and achieve our ambitious clean energy goals. I urge you to support our efforts and help us protect our environment for future generations. We look forward to working with you in these next, vital steps in confirming the most optimal locations for developing wind energy areas in the New York Bight.