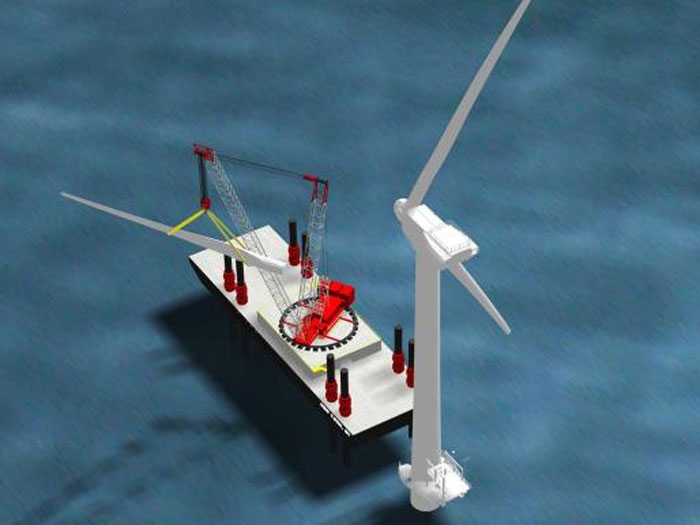 AUGUST 5, 2014 — Cape Wind announced today that it has signed a contract with Weeks/Manson, a Joint Venture (WMJV) to serve as the lead construction contractor for America’s first offshore wind farm. The Boston & New England Maritime Trades Council, AFL-CIO, will provide workers to WMJV, which is a partnership between Weeks Marine of Cranford, NJ, and Manson Construction Co. of Seattle, WA. WMJV will install the offshore wind turbines with a fleet of vessels including the R.D. MacDonald, the first special purpose offshore wind farm installation vessel built in the U.S.

“This project will combine the best of American maritime suppliers, engineers and constructors with the most experienced European technology providers to ensure America’s first offshore wind farm performs to world class standards,” said Cape Wind President Jim Gordon. “Achieving this objective will help catalyze a new industry that will deliver an inexhaustible clean energy resource and thousands of new jobs for our region and country.”

“We are excited to build Cape Wind and help launch the U.S. offshore wind industry,” said Rick Palmer, a Vice President of Weeks Marine and Project Director for WMJV. “We have been pursuing this new market for over 10 years and we admire the perseverance of the Cape Wind team.”

“This announcement is another big step forward for Cape Wind and our members are looking forward to getting to work on constructing this important project,” said Gerard Dhooge, President, Boston & New England Maritime Trades Council, AFL-CIO.

“Weeks Marine was committed to the emergence of the U.S. offshore wind industry and confident enough to make the significant investment required to build an installation vessel,” said Mr. Palmer. “The R.D. MacDonald is an important early link in the domestic supply chain to service the U.S. offshore wind industry and Cape Wind will be putting this vessel to work for the first time.”

The R.D. MacDonald is a jack-up barge whose hull was launched in Jacksonville, Florida in 2012, and will be outfitted with a crane in Houma, Louisiana next year.

The crane on the 260 foot long vessel will have a 280-foot boom allowing it to reach over 350 feet into the air when jacked-up offshore.

The barge will be able to transport three wind turbines at one time and will have racks to carry the turbine blades.

Fall River Electrical Associates based in Fall River, Massachusetts will be a subcontractor to WMJV and will perform electric outfitting work for the project.

“We are interested in pursuing subcontracting opportunities with local firms that have the specialized capabilities and experience required for the project,” Mr. Palmer added.

Cape Wind will be America’s first offshore wind farm and will help catalyze a domestic offshore wind industry and related supply chain. Cape Wind has long term Power Purchase Agreements with National Grid and NSTAR, the two largest electric utilities in Massachusetts. Cape Wind is the first U.S. offshore wind project to be fully permitted, and to have been issued a commercial lease and received approval for its Construction and Operations Plan by the U.S. Department of Interior.