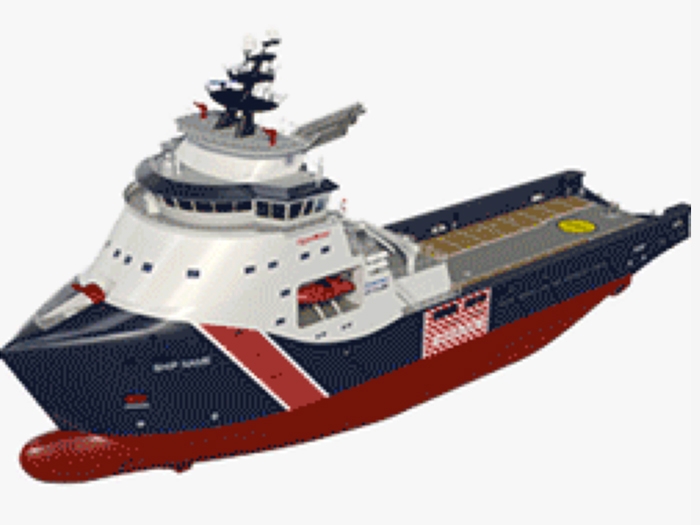 MAY 6, 2014 — Secunda Canada LP, which is 50% owned by Siem Offshore, has entered into an agreement with Hibernia Management and Development Company Ltd and ExxonMobil Canada Properties for the charter of an AHTS vessel, for a five years firm contract, with a total of 15 years options, to support the Hibernia and Hebron fields offshore Newfoundland and Labrador.

Secunda has negotiated an agreement to build the vessel at the Remontowa shipyard in Poland with delivery scheduled for fourth quarter 2015.

Idar Hillersoy, CEO of Secunda, says the vessel will be built to Rolls-Royce UT 782WP design,  and that vessel design and concept development has been in cooperation with Siem Offshore and Rolls-Royce.

“The design has been optimized bow to stern for the demanding scope and harsh Grand Banks conditions including all the latest technologies related to safety for vessel crew and operation,” he says. “At the heart of the vessel is the robust hybrid propulsion system which increases the vessels operational flexibility and reduces fuel consumption.”

Siem Offshore and the Remontowa shipyard have also  agreed that the fourth of four  dual fuelled PSV of VS 4411 design ordered by Siem Offshore in December 2013, will be transformed from a firm contract to an option and that the delivery dates for the second and third of the firm PSVs shall be in first quarter 2016.