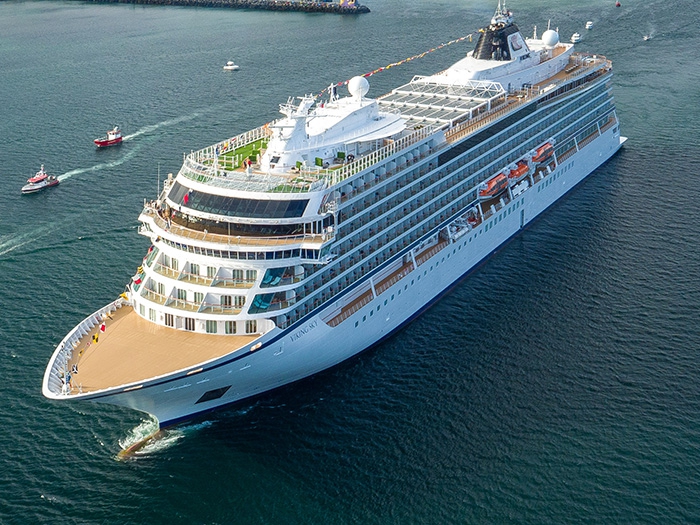 MARCH 6, 2017 — Viking Ocean Cruises has reached a new agreement with Fincantieri that could see the delivery of six additional cruise ships ships by 2027.

Fincantieri says the understanding for the new ships, whose delivery is scheduled for 2024, 2025, 2026, 2027, is subject to specific conditions and that the two companies will develop an advanced project “based on the successful characteristics of the previous ships, updated and revisited in line with the latest technologies available on the market.”

The new agreement takes the total number of cruise ships ordered or under option at Fincantieri by Viking to 16 — the highest-ever for a shipyard from a single owner. The agreement for the six additional ships, which will be delivered in 2024, 2025, 2026 and 2027, is subject to specific conditions.

Viking’s current ocean fleet includes ships having exclusively all-veranda staterooms, a gross tonnage of about 47,800 tons with accommodation for 930 passengers in 465 cabins.

Thus far, Fincantieri has delivered four ships to Viking Ocean Cruises. The first of the series, Viking Star, built at its Marghera shipyard and delivered in March 2015. The second, third and the fourth, Viking Sea, Viking Sky and Viking Sun, were built at the Ancona shipyard and were delivered respectively in March 2016 and January and September 2017. The remaining six Viking vessels in the shipbuilder’s current order book will be delivered in 2018, 2019, 2021, 2022 (2 units) and 2023.