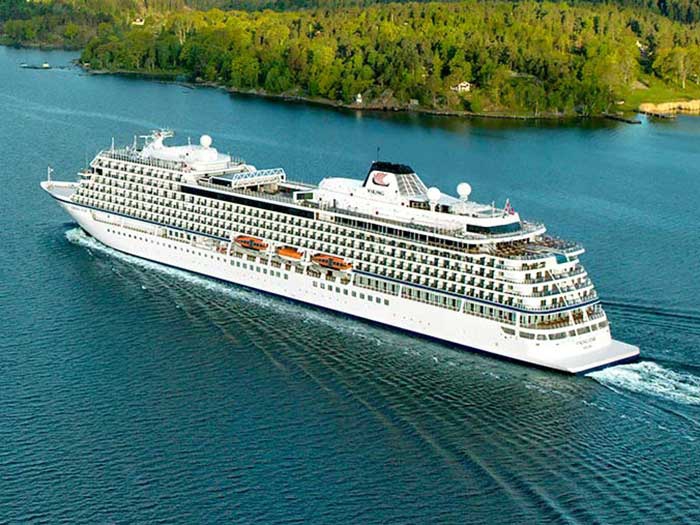 APRIL 18, 2017 — Viking Ocean Cruises and shipbuilder Fincantieri have signed a memorandum of agreement for the construction of two additional cruise ships, with an option for another two.

The new builds will be sister ships to the six already ordered and will enter Viking fleet in 2021 and 2022, respectively. The final contracts will become effective on fulflilment of financing and other customary closing conditions.

The new ships will have the same successful and award-winning design as the current ships ordered and in operation.

Featuring all-veranda staterooms, each ship has a gross tonnage of 47,800 tons and accommodates 930 guests in 465 cabins.

As with the sister ships, the new ships will be built according to the latest navigation regulations and equipped with the most modern safety systems, including the “Safe return to port” system.

The first ship built for Viking Ocean Cruises, Viking Star was delivered by Fincantieri’s Marghera shipyard in spring 2015. The second and the third ships, Viking Sea and Viking Sky followed from the Ancona yard in Ancona in early 2016 and early 2017. Viking will take delivery of the fourth ship, Viking Sun, in late 2017 and the fifth ship, Viking Spirit®, in 2018.

A sixth, yet-to-be-named ship will be delivered in 2019, marking Viking as the largest small ship ocean cruise line.

Viking is forecast to have a dominant market share of the luxury ocean industry in 2020 of 23.9% on a per berth basis.

Giuseppe Bono, CEO of Fincantieri, said: “The extraordinary momentum of the cruise sector is continuing, and with this announcement Fincantieri reaffirms its worldwide leadership in the segment. The series — which began with the Viking Star prototype — reaches eight ships with these additional units, with the possibility to further grow thanks to the expansion plans of this dynamic cruise company. As worldwide river cruise leader, Viking decided to enter the ocean cruise segment through a startup together with Fincantieri as shipbuilder, achieving a huge success. We, therefore, consider this agreement a great strategic and commercial result, which allows us to further strengthen our already excellent partnership with Viking Ocean Cruises,”

Torstein Hagen, Chairman of Viking Cruises, said: “Our guests and the industry have spoken, and they love the ocean ships that we have built with Fincantieri.” Hagen added: “We set out to bring the destination back to cruising, and the cruising public has responded. These additional ships are needed to meet the demand we are experiencing. Once only known for being the leading river cruise line, we are now equally known for upscale, inclusive ocean cruise experiences. As we celebrate our 20th year of operation in 2017, we are pleased to continue innovating and to introduce even more guests to The Viking Way of exploration.”