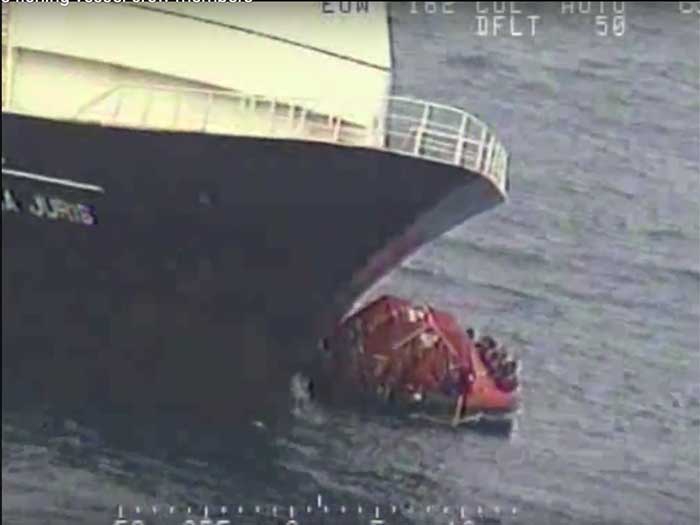 All 46 crew members were transferred to good Samaritan vessels Spar Canis and Vienna Express to be transported to Adak, AK.

Alaska TV station 2KTUU quoted the Coast Guard as saying the trawler had a problem in the engine room that led to flooding off the Aleutian Islands.

In a later update, the Coast Guard said that it and  the Alaska Department of Environmental Conservation (ADEC), and the Fishing Company of Alaska (FCA) had formed a Unified Command to respond to the incident.I

t said that the condition of the vessel was unknown and that the salvage vessel, Resolve Pioneer, had been dispatched and was en route to the last known position of the Alaska Juris, approximately 41 miles northeast of Segula Island in the Rat Islands archipelago of western Alaska.

The Resolve Pioneer was expected to arrive within 48 hours and would attempt to locate the Alaska Juris, assess any damage, safeguard against any potential environmental threats, as well as prevent hazards to other vessels in the area and formulate an action plan for salvage.

2KTUU reports that the Fishing Company of Alaska also owned the Alaska Ranger, a factory trawler that sank in the Bering Sea on March 23, 2008. Five people died in that incident.