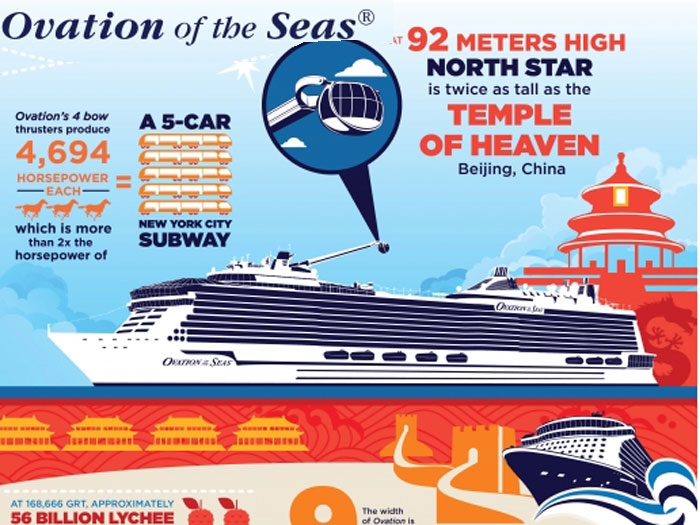 APRIL 14, 2016 – Royal Carribean’s 168,660-gt  Ovation of the Seas has now arrived in Southampton, U.K., following its formal hand-over by shipbuilder Meyer Werft (see earlier story) and the cruise line has released a video and a time lapse marking the vessel’s acceptance into the fleet.

It also, of course, is packed with all the passenger amenities and options possible in a ship of this size.The ship will be homeported in China and Royal Caribbean has released an infographic depicting the ship’s epic scale in terms of Chinese landmarks such as the Tianjin Eye giant Ferris wheel (the ship is 2.5 times the height of the wheel).