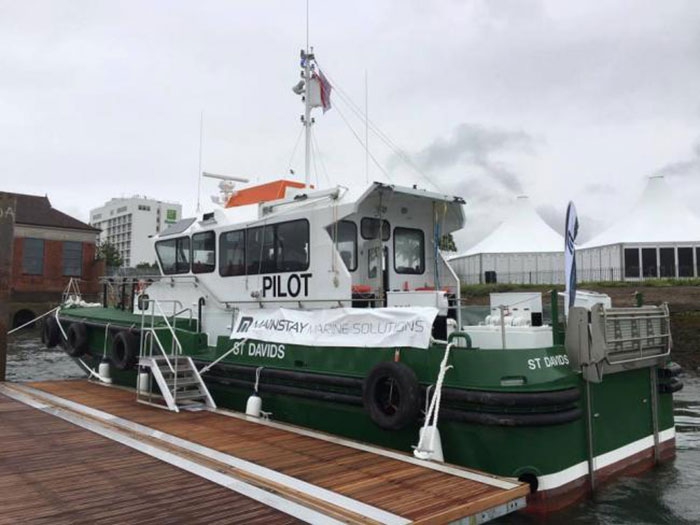 Seen here before the incident, St Davids is one of three pilot boats recently delivered to Port of Milford Haven by Mainstay Marine shipyard

JULY 14, 2016 — The U.K.’s Port of Milford Haven is continuing to investigate an incident occurred that occurred early Sunday morning, July 10, when its pilot vessel St Davids made hard contact with the LNG carrier Lijmiliya during a routine transfer of pilot operation.

The impact resulted in three of the five Port of Milford Haven crew members who were on board at the time suffering injuries that were minor in nature but required hospital attention.

All three are now recovering at home.