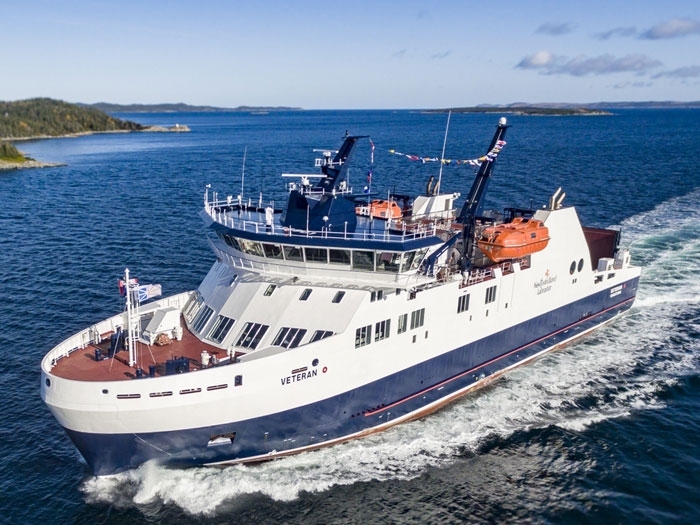 1. Veteran, 80m Ice Class Ferry, Government of Newfoundland and Labrador, Damen Galati
The Veteran is part of a large "lifeline" vessel replacement program being undertaken by the Provincial Government to modernize its fleet.

7. Samish, 144-Car Ferry, Washington State Ferries, Vigor Industrial
Designed by Seattle-based Guido Perla & Associates, Inc., the Samish is the second in the Olympic Class vessels being built for WSF. The 362 ft ferries have a capacity of 144 cars and 1,500 passengers.

DECEMBER 10, 2015—Passenger vessels aren’t always about taking you somewhere. Some are destinations in themselves. The latest generation of 4,000+ passenger cruise ships, for example, are floating resorts with parks, ice skating rinks, rock climbing, zip lining and just about anything you can dream of doing on land or sea. Other passenger vessels, such as small ferries, are all about moving passengers quickly, comfortably, and efficiently. Societal, environmental, regulatory, and economic demands are pushing passenger ship owners to rethink how they are designing and building their vessels. This past year, there was a push for more innovative designs that incorporate “greener technologies.” The January 2016 issue of MARINE LOG will highlight 10 of some of the most interesting passenger vessels built in 2015. Click on the links to find out more about each and read the January issue of MARINE LOG.