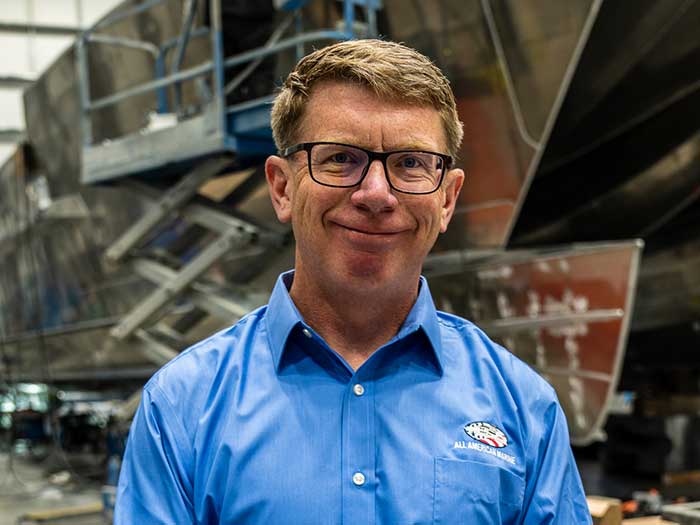 Bellingham, Wash., based All American Marine (AAM) has appointed Terry Federer as business development manager, taking over the role from Ron Wille, who was recently appointed as president and COO.

Prior to joining AAM, Federer was director of Alaska’s Maritime Training Center (AMTC)’s department of Alaska’s Vocational Technical Education Center (AVTEC) and the largest maritime training school in Alaska. He will also be leaving his position as a captain at Major Marine Tours (MMT) in Seward, Alaska. MMT has very recently accepted delivery of its first hydrofoil-assisted catamaran designed and built by All American Marine.

Federer has had over a decade of experience operating AAM constructed Teknicraft catamarans in Alaska. In addition, his maritime career also includes experience on research ships, fast ferries and tugboats.

As business development manager at AAM, Federer will focus on the continued expansion of All American Marine’s presence in the national and international maritime markets.