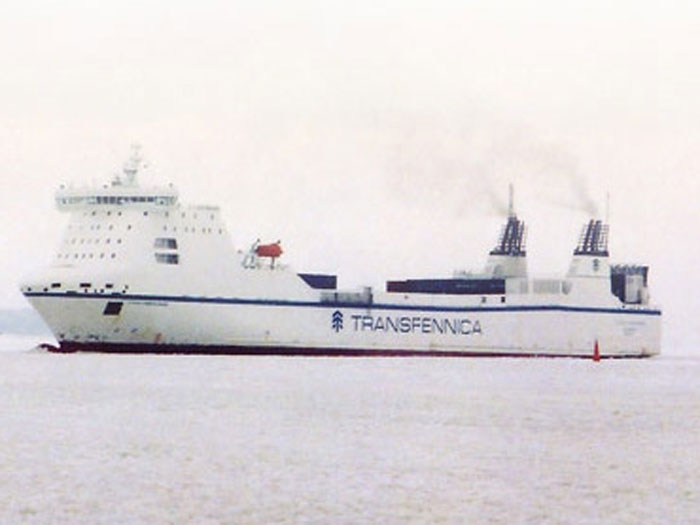 JANUARY 7, 2015 — CR Ocean Engineering, L.L.C.(CROE), Parsippany, NJ, says that Stena RoRo AB, Gothenburg, Sweden, has awarded it a contract for the design and supply of two open loop exhaust gas cleaning systems (scrubbing systems). They systems will be installed to reduce SO2 from two main engines aboard the Stena Forerunner which operates primarily in the European ECA where new low sulfur fuel regulations went into effect on January 1, 2015.  The CROE scrubber systems aboard the Forerunner are scheduled to be on line in the first half of 2015.

The CROE systems reduce the SO2 content of engine flue gas to below that found in 0.1% sulfur fuel even when burning high sulfur fuels.

CROE scrubbing technology can be used on new ships or as a retrofit to existing ships.  The system is available in three standard configurations, customizable to the ship’s needs: as a once through scrubber(open loop) as a recirculating scrubber (closed loop), or as a combination of both designs (hybrid0.

The system is designed to replace the existing silencers and does not require a bypass.  Its small size minimizes ship modification and making the technology an attractive choice for cruise ships, ferries, bulk carriers, containerships, RoRo and other vessels.

“We are very proud of our success in the maritime industry,” says Nick Confuorto, Chief Operations Officer of CR Ocean Engineering, L.L.C. “We strongly believe that scrubbers will become the most widely used alternative solution to low sulfur fuel worldwide.  We plan on being a major player in the marine scrubber market as we have been for the industrial scrubber market since the 1950s.  Our company has had a proud history of success with our scrubbing systems and we plan on bringing that success to this emerging market.  We know that fuel costs take a big bite out of the shipping company’s operating profits.  Therefore, we bring forward our extensive experience and advanced technology to provide ship-owners with a reliable and cost-effective alternative to the higher ECA compliant fuel costs.  We are pleased and proud that Stena RoRo AB has entrusted us with this project.”