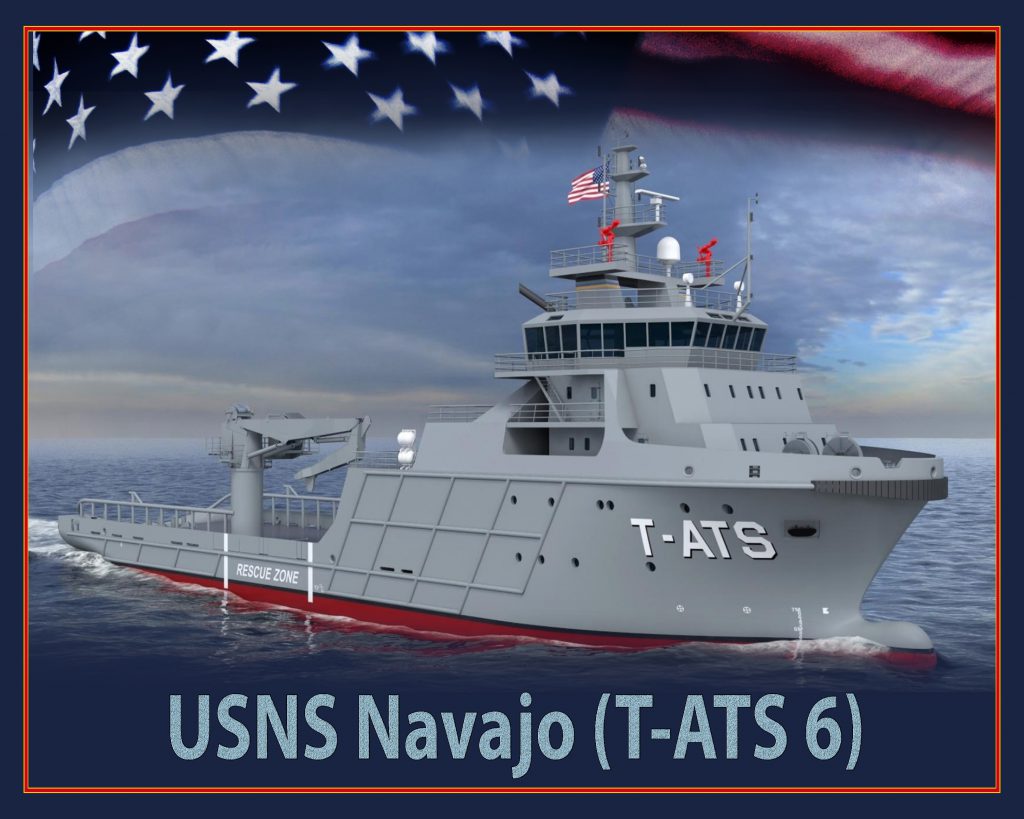 Secretary of the Navy Richard V. Spencer said yesterday that the new class of Navy Towing, Salvage, and Rescue vessels on order at Gulf Island Shipyards will be named Navajo. in honor of the major contributions the Navajo people have made to the armed forces.

Gulf Island Shipyards was awarded a $63.5 million contract last year for the detail design and construction of the new T-ATS, which will be based on existing commercial towing offshore vessel designs and will replace the current T-ATF 166 and T-ARS 50 class ships in service with theMilitary Sealift Command.

“The Navajo people have fought and served our armed forces with honor and valor in nearly every major conflict since the birth of our nation, so it is fitting and right to name a new class of ship in their honor,” said Secretary Spencer. “The Navajo class of Towing, Salvage, and Rescue ships will serve our nation and continue the legacy of the Navajo people, and all Native Americans.”

The T-ATS will serve as open ocean towing vessels and will additionally support salvage operations and submarine rescue missions. The first ship in the class will be built at the company’s shipyard in Houma, La., and is expected to be completed in March 2021.