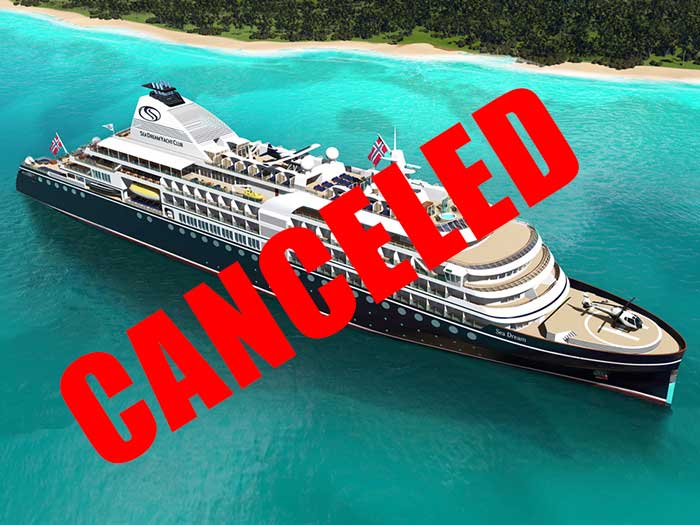 Megayacht with canceled stamp across it

Norwegian entrepreneur Atle Brynestad’s SeaDream Yacht Club says that it and shipbuilder Damen have “in good faith and with mutual understanding” decided not to proceed with the building of a new 155 m megayacht that was to have been built at the Damen Mangalia shipyard in Romania.

SeaDream says that “both parties are open to potential future projects and collaboration.’

The new ship, SeaDream Innovation, was scheduled to be delivered in September of 2021.

“The response from our past guests and the market in general has been overwhelming, despite the ship not being scheduled for delivery for almost two years,” said Andreas Brynestad, Executive Vice President. “Since the ship will not be delivered, all booked guests will be contacted and issued full refunds in the coming days.”

Owner and Chairman Atle Brynestad said, “The company has been debt-free for several years and has the equity needed to expand the fleet. We hope to announce a new ship in 2020.”