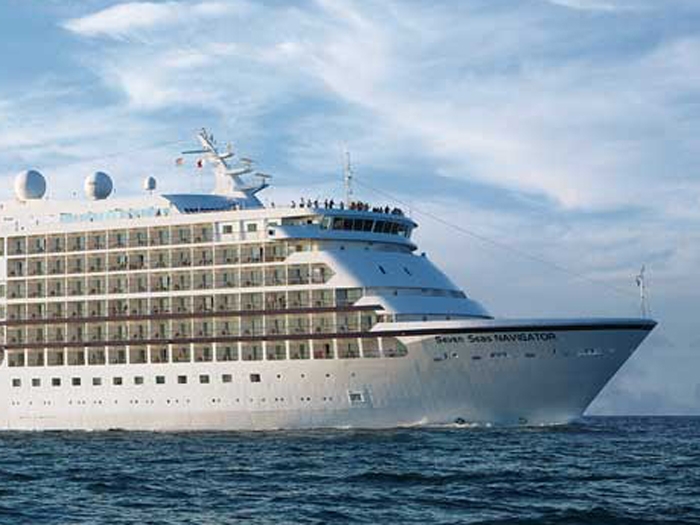 Prestige Cruise Holdings is the parent company of Oceania Cruises and Regent Seven Seas Cruises and was formed in 2007 to manage select assets in private equity investor Apollo Global Management’s cruise portfolio, which also includes a significant stake in Norwegian Cruise Line Holdings Ltd., where it controls the board.

PCH is led by Chairman and CEO Frank Del Rio, the founder of Oceania Cruises.

In the form S-1, PCH describes itself as “the market leader in the Upscale segment, which is comprised of the Upper Premium and Luxury segments, of the $29 billion cruise industry” and says that its brands Oceania and Regent, “are comprised of eight cruise ships, with a ninth under construction for Regent. Oceania operates in the Upper Premium segment and Regent operates in the Luxury segment.”

The 738 passenger newbuild for Regent was ordered at Italian shipbuilder Fincantieri last October and will be the line’s third all-suite, all-balcony ship The contract price for the vessel is approximately US$450 million, making it “the most expensive luxury liner ever built,” Regent said at the time

PCH says that its brands represent approximately 46% of the combined berth capacity of the Upscale segment as of September 30, 2013.

The filing did not reveal how many shares the company planned to sell, the expected price or the exchange it would list the shares on.

Net proceeds from the offering will be used to repay debt and for working capital purposes.

“We have no current plans to pay dividends on our ordinary shares,” says the filing. “The agreements governing our indebtedness prohibit, among other things, our ability to pay cash dividends to our shareholders above specified levels. Our future dividend policy will also depend on the requirements of any future financing agreements to which we may be a party and other factors considered relevant by our Board of Directors. In addition, any determination to pay dividends in the future will be at the discretion of our Board of Directors and will depend upon our results of operations, financial condition, contractual restrictions, restrictions imposed by applicable law and other factors that our Board of Directors deems relevant.