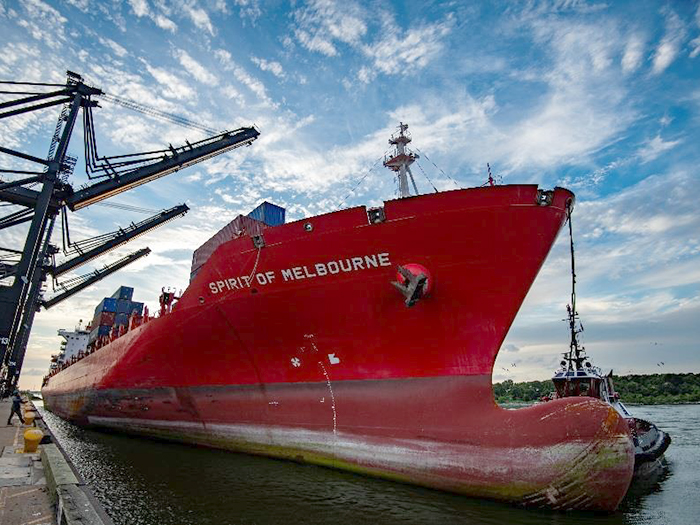 Port Houston, which owns and operated the public wharves and terminals of the greater Port of Houston, reports that container volume overall at Port Houston continues to break records, up 12 percent for the year compared to last year, according to Executive Director Roger Guenther.

Port Houston handles nearly 70 percent of all containers that move through the U.S. Gulf of Mexico and volume is growing rapidly due to surging demand for imports and a robust export base driven by petrochemical and resin markets. Recentlu, the 2M Alliance (comprised of Maersk and MSC, the world’s first and second-largest ocean carriers) announced a new Trans-Pacific all water service to call Houston starting in mid-September, with Houston as its first port of call after crossing the Panama Canal.

Port Houston the only U.S. port of call for a new direct service that global ocean carrier, CMA CGM, has launched with Marfret. The MedCaribe service will connect the U.S. Gulf, Mexico, Central America (Costa Rica), the Caribbean and the Mediterranean markets. The first vessel, the Spirit of Melbourne, called the port’s Bayport Container Terminal last montn.

In response to growing container and steel volume, a planned expansion of the truck gate at Port Houston’s Barbours Cut Container Terminal is set to begin after approval of a contract for the work by the Port Commission.

The project consists of about 23 acres of new pavement at the existing Barbours Cut Terminal. Major components of work include demolition of existing pavement and structures, new pavement, construction of two new building and new electrical, drainage and utilities.