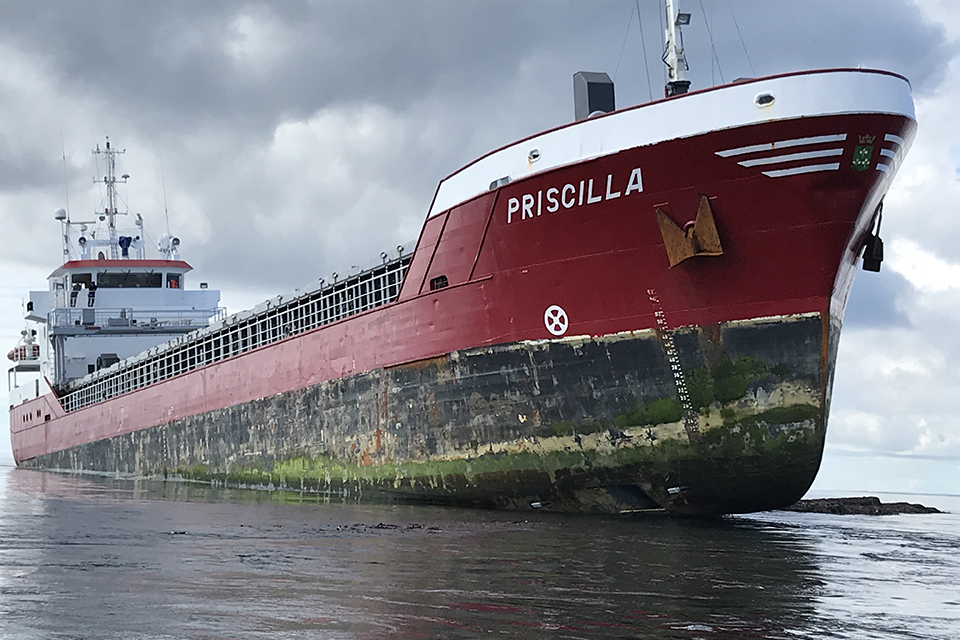 The accident happened because the officer of the watch was distracted from the critical task of monitoring the passage by watching videos on his mobile phone. He was the sole lookout at night as the vessel headed towards land, and the electronic navigation system was not set up to warn of danger ahead. Priscilla’s officer or the watch also responded to two radio calls from shore authorities warning of the danger ahead; however, his reaction to the warnings was not sufficient to avoid danger.

The report also found, that in common with several other accidents investigated by MAIB, the Bridge Navigational Watch Alarm System (BNWAS) was not switched on.

The MAIB holds records of 194 groundings of cargo vessels between 500 gt and 3000 gt that occurred in U.K. waters between 2008 and 2017. Nine of these groundings, six of which occurred when the vessel was on passage, resulted in a full MAIB investigation and a published report. In five of the six groundings where the vessel was on passage, the BNWAS was switched off and there was no additional lookout on the bridge.

Other recurring themes in these accidents include: ineffective use of ECDIS, poor standards of watchkeeping, insufficient passage planning and falsification of hours of work and rest records.

MAIB says that safety lessons to be learned from the Priscilla grounding are:

A safety recommendation (2019/118) has been made to the owner of Priscilla to take measures necessary to improve the standards of watchkeeping and safety management on board.

Much more in the full MAIB report. Download it HERE