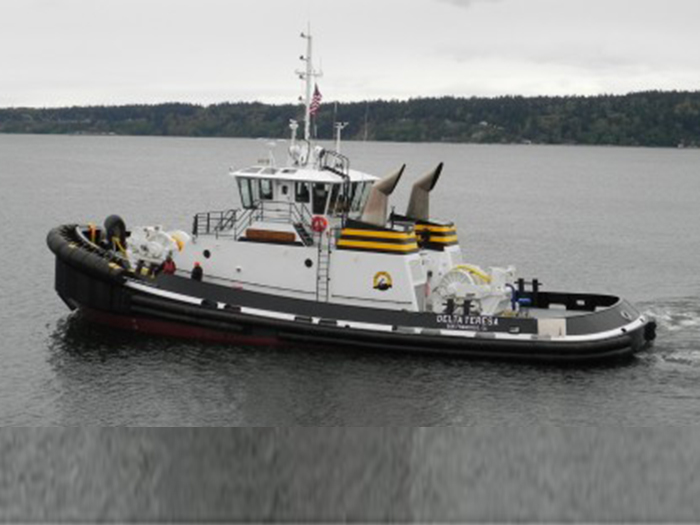 Delta Teresa is the seventh tractor tug NBBB has built for Baydelta and its affiliated companies, but the first hybrid

The vessel is the seventh tractor tug NBBB has built for Baydelta and its affiliated companies, but the first hybrid.

The Z-drive system, two Kongsberg (formerly Rolls-Royce) 255FP units, can accept power from the diesel engines, electric motors and from both power sources.

The hybrid system allows for the vessel to operate in different power modes, direct-diesel, diesel-electric or fully-electric. This deliver fuel savings and reduced exhaust emissions, while suppling Baydelta with the power and vessel characteristics needed for its operations.

On trials, the tug’s performance met or exceeded all expectations. Free running speeds, under full power, of 14+ knots were obtained along with almost 10 knots on electric motor power only.

The tug has seven berths.

Major equipment on board includes; Rapp Marine electric hawser winch, and a single drum tow winch, and the drivetrain is connected with Centa carbon fiber shafts.

In addition to the drive units and hybrid system, Kongsberg supplied the control system and main switchboard, electric motors and their control cabinets.