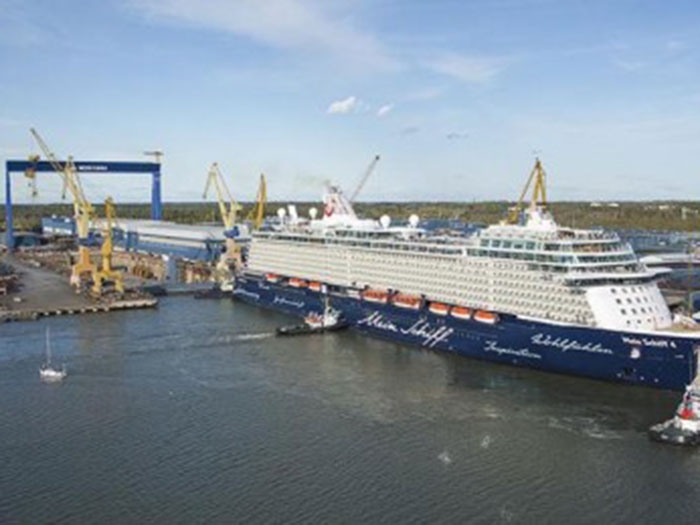 MAY 9, 2018 — Finnish shipbuilder Meyer Turku has reported its third profitable year in a row with a 2017 annual net profit of EUR 32.2 million. The profit is being used to finance the shipyard’s EUR 200 million investment program.

Meyer Turku delivered two ships in 2017. In January it delivered the LNG fueled fast ferry Megastar to Tallink and in May it delivered Mein Schiff 6, the fourth in a series of ships for Germany’s TUI Cruises.

“These good figures give us an opportunity to prepare for the coming years and a growing international competition,” said Meyer Turu CEO Jan Myer. “We are using these profits to finance the large scale investments we urgently need to rebuild the Turku shipyard into a modern ship assembly factory and to train our personnel and to further grow our team of shipbuilders in Turku.”