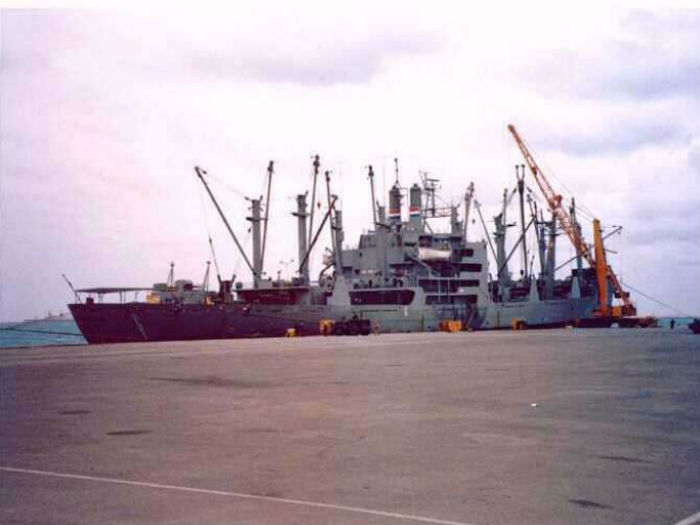 AUGUST 6, 2017—The U.S. Maritime Administration Executive Director Joel Szabat joined federal, state and local officials and environmental groups recently to mark the completion of an agreement to remove 57 non-retention vessels from the Suisun Bay Reserve Fleet (SBRF) in San Francisco Bay by September 30, 2017.  The departure of the Cape Borda for recycling reaches the milestone two months ahead of schedule.

“Our progress in Suisun Bay is the result of hard work and smart collaboration,” said Szabat. “There is perhaps no greater symbol of the maritime industry’s environmental progress than what has been accomplished here.  Suisun Bay will stand as a great example of what can be accomplished working together and sticking to a plan.”

In 2009, MARAD entered an agreement with local officials and environmental groups to expedite disposal of 57 non-retention SBRF vessels, which are vessels that MARAD has deemed to be no longer militarily useful.  This effort will improve protection of the unique marine environment and surrounding bayside communities.  A seven-year, environmentally safe cleanup plan was designed and implemented, which expedited the cleanup of all the vessels in the fleet and surpassed the annual Consent Decree target goals established to remove the non-retention vessels.  In the first three years of the agreement, 36 vessels were towed out of Suisun Bay, eight vessels more than required.

Thanks to a strong scrap steel market, 27 vessels were sold for recycling, with receipts totaling about $30 million.  Ship sales revenue, allocated in accordance with the National Maritime Heritage Act, provided about $7.5 million to maritime academies, including the California State Maritime Academy in Vallejo, for facility and training, ship maintenance, repair and modernization, and for the purchase of simulators and fuel; and approximately $3.75 million was provided to the National Park Service to fund the Maritime Heritage Grant Program, which provides competitive grants to maritime related projects that preserve historic sites and artifacts related to our nation’s maritime history.

Built as the SS Howell Lykes in 1967, the Cape Borda served in the commercial trade for nearly two decades, after which the U.S. government acquired the vessel, renamed it, and assigned it to MARAD’s Ready Reserve Force in 1985.  Cape Borda was maintained in a reduced operating status in Alameda, California until it was transferred to the SBRF in July of 2003.  The vessel was downgraded from retention status to non-retention status on July 31, 2006.