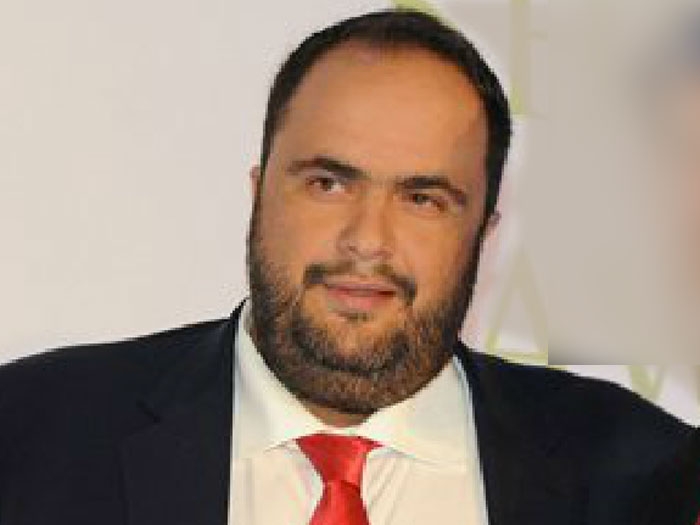 OCTOBER 3, 2014 — Shipowner Evangelos Marinakis, Chairman of NASDAQ listed Capital Products Partners, appears to have been a prime target of a planned terror attack. Greek Police said yesterday that a terrorist attack that had been planned for the weekend, but was foiled at the last minute with the arrest of a suspected accomplice of the jailed Revolutionary Struggle leader Nikos Maziotis.

Police Chief Dimitris Tsaknakis announced the arrest of the suspect, said to be aged between 25 and 30 but who was not named, at a press conference delivered jointly with Public Order Minister Vassilis Kikilias.

The suspect had with him a notebook with the names and addresses of business leaders, notably Mr. Marinakis, who is also chairman of the Olympiakos soccer team and the head of the Federation of Hellenic Industries, Theodoros Fessas. The notebook also contained the telephone number of the Union of Greek Shipowners, whose president is Theodoros Veniamis, and references to ruling political party New Democracy and the firms Capital, Siemens and Infoquest. According to the police notes suggested that the offices of Capital and Infoquest, an IT firm, would be staked out on October 1 and 2 and that rehearsal for the hit would be carried out on October 3 with the actual attack on October 4.

As New Democracy’s 40th anniversary is on October 4, police think an attack against the party was probable.

Undercover officers arrested the suspect late Wednesday outside a garage in the Athens neighborhood of Vyronas. A search of the garage turned up the roof rack and keys of a stolen Nissan that was used in a car bomb outside the Bank of Greece last April .