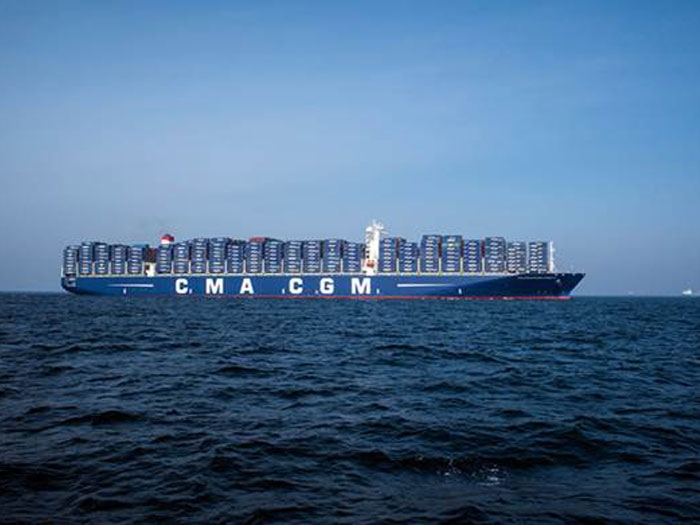 DECEMBER 23, 2015—While he played a major role in the founding of the U.S., Benjamin Franklin was never this big in life. As we reported last week, the day after Christmas, the 18,000-TEU containership Benjamin Franklin, the largest commercial ship to call at a U.S. port, will unload its cargo at the Port of Los Angeles.

Still, the Benjamin Franklin is impressive, longer than an aircraft carrier or the cruise ship Queen Mary II. See the accompanying graphic for comparisons.

CMA CGM Chairman and CEO Jacques R. Saadé says the ship represents the company’s belief in long-term growth potential of the U.S. economy and growing its market share in the states. The ship will call in regular service between China, South Korea, and California.

Privately held CMA CGM is set to become the second largest containership owner in the world, once it closes its $2.4 billion acquisition of Neptune Orient Line Limited (NOL). According to Alphaliner, CMA CGM controls 465 ships, 88 of which are owned and 377 are chartered. CMA CGM has another 23 on order. The current controlled TEU is 1,820,537. The new ships will add 257,970 TEU to its fleet. CMA CGM currently trails Maersk and MSC in the containership standings.

The CMA CGM BENJAMIN FRANKLIN is being used in the Pearl River Express, a service connecting the main China ports, including Xiamen, Nansha and Yantian, with the U.S. West Coast ports. The vessel, built with state-of-the-art technology, was delivered on December 4, 2015 by China’s Shanghai Jiangnan Changxing Heavy Industry Co., Ltd.