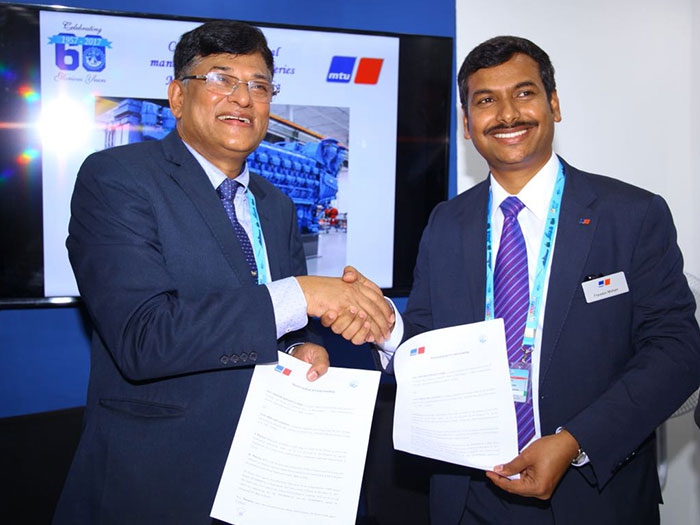 APRIL 12, 2018 — Rolls-Royce and India’s Goa Shipyard Limited (GSL) have agreed to cooperate on the local manufacturing of MTU Series 8000 engines in India. Under the agreement, which was signed today at India’s leading defense trade show Defexpo, the companies will assemble 16-cylinder and 20-cylinder MTU Series 8000 engines at GSL’s new facility in Goa.

“For some time we have been on the lookout for acquiring such technology of marine propulsion engines and we are thankful to our partners Rolls-Royce and MTU Friedrichshafen for choosing us as collaborator,” said RAdm (Retd) Shekhar Mital, NM, Chairman & Managing Director of GSL.

Praveen Mohan, Director & CEO, MTU India, said: “The agreement with GSL to manufacture MTU’s most-advanced Series 8000 engines in India is a significant milestone and further reinforces our commitment to ‘Make in India.’ We have been working with the Indian defense sector for several decades and our well-proven MTU engines propel and power many vessels of both the Indian Coast Guard and Indian Navy. We are committed to collaborating with our stakeholders to help support the country’s vision of indigenisation and self-reliance.”