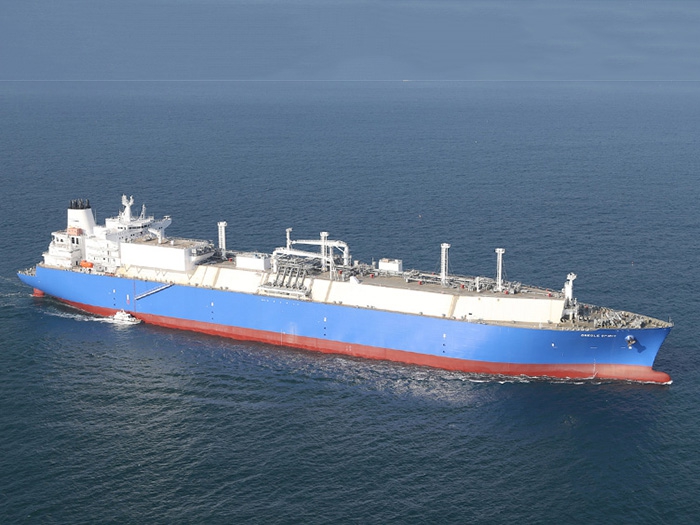 MARCH 2, 2017 — Daewoo Shipbuilding & Marine Engineering today announced that, on February 2, it had booked a shipbuilding contract worth a potential one trillion won (about $872 million) from unnamed “European shipowners” — all of whom seem to be John Fredriksen, in one hat or another.

The contract includes two 173,400 cu.m LNG carriers, with options for two more which are expected to lead to additional orders in the near future. Including the two options, that part of the DME order is worth about 83 billion won.

The LNG carriers are going to John Fredriksen controlled Flex LNG, which in its most recent quarterly report said:

In February 2017 the company entered into a transaction for the acquisition of two high end MEGI LNGC newbuilds at Daewoo Shipbuilding with scheduled delivery in Q1 2018. The two newbuilds were bought from affiliates of Geveran Trading Co. Ltd., the company’s largest shareholder.

Geveran, is of course, controlled by Mr. Frederiksen.

According to DSME, the two VLCCs that Mr. Fredriksen’s Frontline has just agreed to acquire (see earlier story) are also a part of its one trillion won contract.

DSME says that the LNG carriers will be built at its Geoje Okpo shipyard with a length of 295 m and a width of 46 m and will be eco-friendly, next-generation LNG carrier. Equipped with a MAN Diesel & Turbo ME-GI engine and partial reliquefaction system, they will burn LNG as the main fuel.