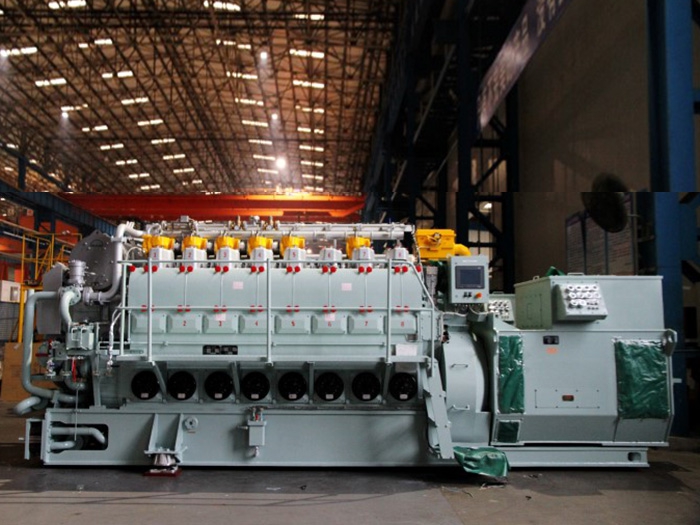 NOVEMBER 29, 2017 — MAN Diesel & Turbo’s dual-fuel MAN L23/30DF engine successfully passed its Type Approval Test (TAT) earlier this month at CSSC Marine Power (CMP) in Zhenjiang in the presence of the main classification societies. The five-cylinder test engine had an output of 125 kW per cylinder at a nominal speed of 720/750 rpm.

“The L23/30DF covers a power range of 625 – 1,200 kW, which makes it particularly attractive for such ocean-going vessels as bulkers of most sizes, general cargo ships, chemical tankers, and smaller LNG-carriers, as well as ships operating in ports and near the coast,” said Finn Fjeldhøj – Head of Small-Bore, Four-Stroke Engineering – MAN Diesel & Turbo. “Encouragingly, shipowners around the world have already shown significant interest in the engine and we are very optimistic about its future prospects.”

The TAT included tests of the engine’s:

The MAN L23/30DF engine was also granted a certificate for compliance with IMO Tier III regulations in gas mode without any after-treatment equipment. In addition, the engine can provide up to 110% power output in both gas and fuel modes.

The MAN L23/30DF’s fuel injection is a simplified system, especially developed for high reliability and cost efficiency as the main injector valve is also used for the injection of pilot oil. Accordingly, the MAN L23/30DF requires relatively low investment costs as fewer parts need to be replaced, as evidenced by its extreme Time Between Overhaul (TBO) of 36,000 hours.

The new unit is based on the conventional fuel-oil MAN L23/30H engine that has a long history of operational stability and has significantly increased its number of sales in recent years.