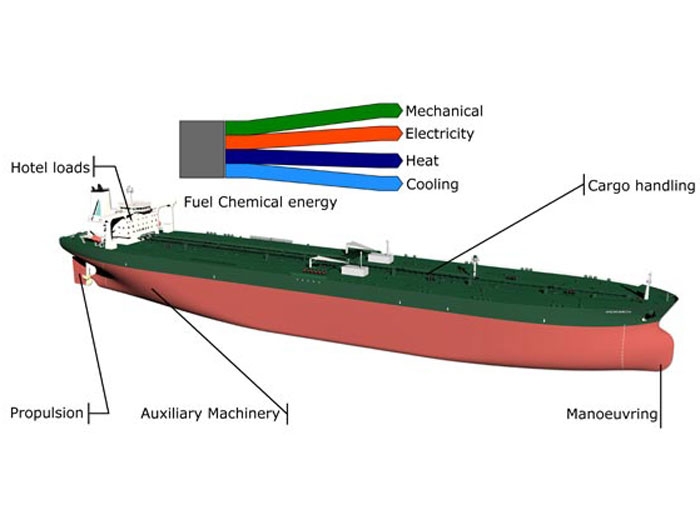 APRIL 9, 2014 — In a new report released today, DNV GL answers the question: How can a ship manager identify the biggest sources of useful energy that are currently being wasted on  ships?

“Ship operations and environmental legislation have become more complex, and it has become increasingly difficult to assess or even define efficiency with consistency and accuracy,” said Rune Torhaug, Director, Strategic Research & Innovation, DNV GL. “We have therefore revisited the basic and universal laws of thermodynamics to develop a methodology based on exergy, sometimes called available energy, which is a metric for describing the maximum useful energy that can be derived from a process, component or system.”

The methodology can be adjusted to suit newbuilds still in the design phase or operating ships, and it is designed to help managers make the most out of their Ship Energy Efficiency Management Plans. Using both on board measurements and the DNV GL modeling suite COSSMOS, energy losses throughout the ship including hull, propulsion power train, machinery and electrical systems are quantified and ranked. Even difficult-to-capture processes such as throttling and fluid mixing can be incorporated.

The report includes an analysis of a waste heat recovery system. These complex systems can easily contain 70 components.

“Through our exergy-based methodology, the true sources of useful energy losses were identified, revealing a picture far from self-evident. Subsequent optimization in DNV COSSMOS yielded an increase in fuel savings that halved the payback time of the system,” said George Dimopoulos, senior researcher and project manager.

A second study examined the fuel pre-processing sub-system for the marine fuel cell on board the offshore supply vessel Viking Lady. This resulted in a solution capable of a remarkable 50 per cent reduction in exergy losses.

When the main engine of an aframax tanker was analyzed using operating data in combination with COSSMOS modeling, the true sources of losses were identified with greater accuracy than a traditional energy analysis, says Mr. Dimopoulos. “In fact, the standard energy analysis failed to identify the turbocharger as being the second largest contributor to exergy loss.”

DNV GL says its new energy management methodology will work for all ships, and all system and components that convert energy on board and “thus offers ship managers an unparalleled way of prioritizing investment in technology alternatives or new operational strategies.”