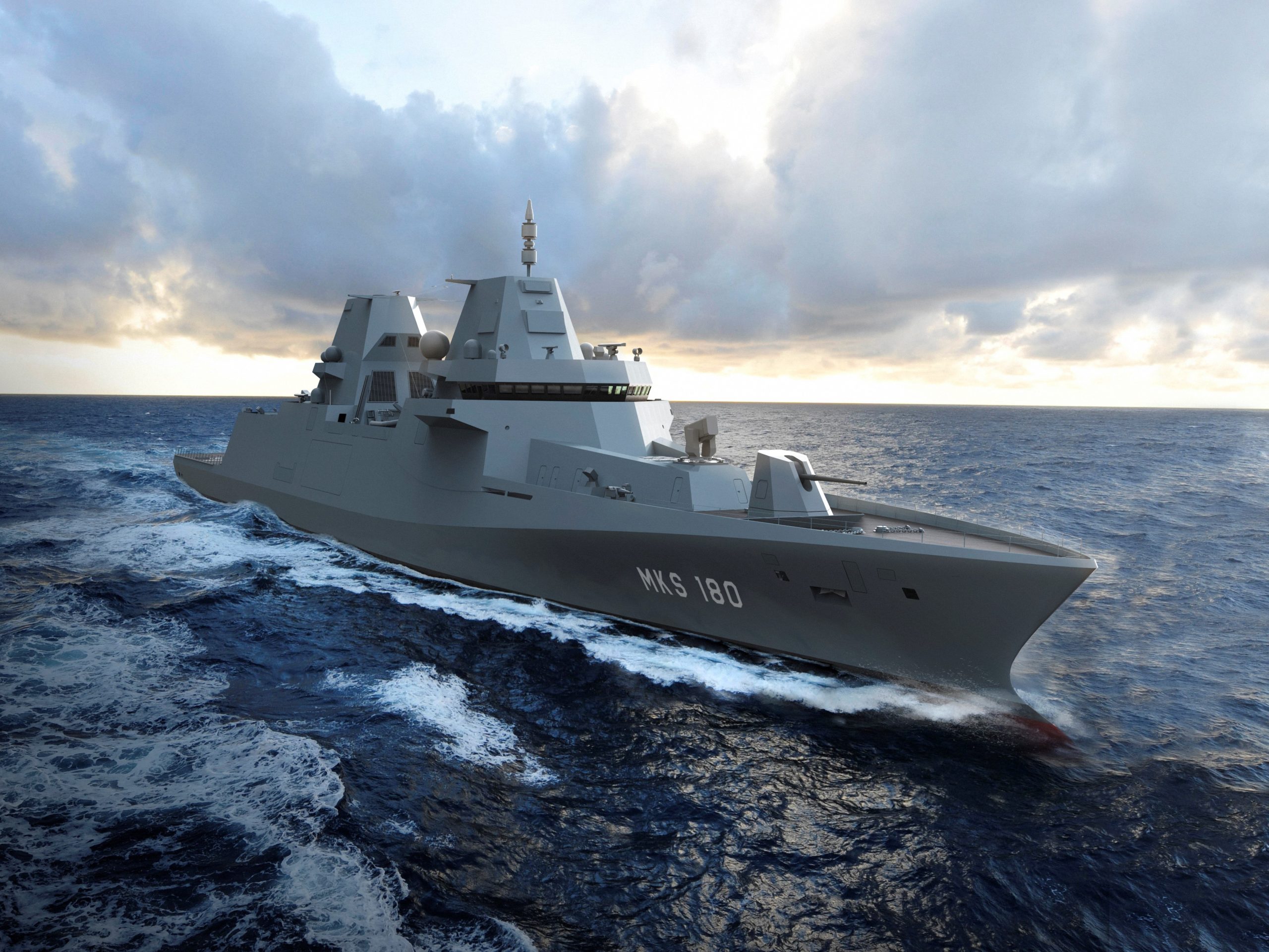 Rival shipbuilder German Naval Yards Kiel (GNYK) is trying to overturn a decision by the German government to select Netherlands-based Damen Shipyards as the main contractor — with partners Blohm + Voss and Thales — for the supply of at least four MKS 180 Multi-Purpose Combat Ships for the German Navy (see earlier story).

Now German Naval Yards reports that, on January 24, it sent a formal complaint to the Federal Office for Equipment, Information Technology and Utilization of the German Armed Forces (BAAINBw).

Stein said Monday that the alleged reasons for the exclusion of his client could not be justified.

“German Naval YArds is to be excluded because the company is said to have failed to meet less than 0.15 percent of the requirements,” said Stein. “We have thoroughly examined the alleged reasons – none justify an exclusion from the proceedings.”

“We have also demanded the exclusion of the Dutch shipyard Damen from the procedure,” said Stein, citing “considerable and well-founded doubts as to whether Damen’s bid was in line with key aspects of the tender.”

GNYK says the decision of the Ministry of Defense was preceded by a complex tendering process lasting several years. The MKS 180 is the largest and, with a volume of more than five billion euros, the most expensive procurement project in the history of the German Navy. Initially, four ships of this type are to be built. The GNYK shipyard in Kiel was the last remaining German general contractor in this contract competition.

GNYK says it had earlier been illegally excluded by the Ministry of Defense when the contract to build a second batch of K 130 corvettes for the German Navy was awarded in 2016. However, the shipyard successfully won a share in the EUR 1.5 billion project in court.

“The exclusion in the MKS 180 tender is, even if for other reasons, just as illegal as the K130 procedure at that time,” said Stein.