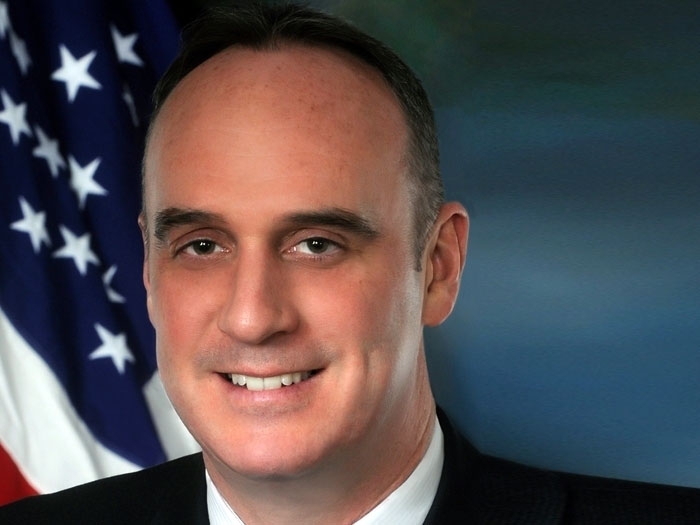 NOVEMBER 27, 2017—In a statement released today, Commissioner William P. Doyle of the U.S. Federal Maritime Commission said he would be leaving his post effective January 3, 2018.

“Last week, I notified The President of the United States Donald J. Trump of my intention to leave the Federal Maritime Commission effective January 3, 2018.  It has been an honor and a privilege to continue serving in the Trump Administration.  I thank President Barack Obama for nominating and appointing me twice as a Commissioner.  I have learned so much in this position, and I thank you both for the opportunity to serve the Unites States of America.

“I am proud to have worked alongside my fellow Commissioners and with such a dedicated and hardworking Commission staff.  My counsel, David Tubman, has been an excellent person to work with—he’s a real pro.”

Over the past five years there has been an enormous amount of change in the international maritime industry including consolidations, mergers, bankruptcies, and the advent of mega ocean carrier alliances.  As a Commissioner, Mr. Doyle has been intimately involved and successful in negotiating terms and conditions into carrier alliance agreements safeguarding American businesses from the alliances using their collective market power to drive down the rates of U.S-based suppliers, service providers, and small businesses – such as tugs, barges, bunker providers, equipment lessors, and marine terminals.

“I’ve had the opportunity to find reasonable compromises with some of the world’s largest ocean carrier companies and build solid working relationships with governments that oversee international oceanborne trade,” said Commissioner Doyle.

Additionally, Commissioner Doyle is pleased with the outcome of the 2014-2015 West Coast labor–management negotiations.  “I worked directly with White House cabinet secretaries, management and labor helping to conclude the negotiations. Chassis was a big issue, as a lot of folks did not understand the labor/management sensitivities around the equipment.”

Commissioner Doyle has worked with officials from Panama, European Union, China, Greece, and the Netherlands.  “I am particularly pleased with the outcome serving as Co-chair of the U.S.-China Bilateral Maritime Consultations.”

During Mr. Doyle’s tenure as Co-chair, the Peoples Republic of China began to move its oceanborne international tax system from a business tax to a value added tax (VAT) regime.  Commissioner Doyle explained to China at the time, that businesses in the U.S. are seeking clarity and guidance on the new VAT rule as well as confirmation from China that the VAT is being applied fairly to all businesses. Commissioner Doyle also highlighted that companies are concerned that they may be paying too much on the VAT and would like to know the reimbursement process. Further, if businesses were paying too little, they were concerned that they would be billed or penalized later.

Commissioner Doyle noted: “I worked directly with China’s Ministry of Transport, Ministry of Finance and the State Administration of Taxation.  China was very attentive to the concerns of U.S. businesses.” Ultimately, China issued a series of circulars, starting with Circular 106, exempting portions of shipping transportation from the VAT.

Working with his fellow Commissioners, the FMC took a leading coordination role during the run-up to the Verified Gross Mass (VGM) SOLAS regulations.  Commissioner Doyle was concerned with the implementation of the new rule and helped to ensure shippers were not unduly burdened.  Mr. Doyle added, “I am pleased the FMC helped to achieve an increased clarity about how VGM requirements would be implemented.  I also give the U.S. Coast Guard a lot of credit here, they handled the matters professionally and with patience.”

Commissioner Doyle helped to develop and establish the first Global Regulatory Summit hosted by the FMC with the participation of shipping and transportation regulators from China and the European Union.  There was a “need for this type of government-to-government coordination because a new generation of mega ocean carrier alliances were beginning to form.”

He surveyed the construction sites of the expanded Panama Canal twice, working directly with Panama Canal Authority officials, AMCHAM- Panama, and the U.S. Ambassador to Panama.  Commissioner Doyle stated, “Congratulations to Panama.  They took the bull by the horns and built ‘The Great Connection’ that will benefit world trade for generations to come.”

Finally, in the wake of the 2016 Hanjin Bankruptcy, Commissioner Doyle advocated for more financial safeguards in the industry.  The collapse of Hanjin Shipping was a wake-up call for the entire ocean transportation chain. More than $14 Billion in cargo was stranded at sea and ships were scattered all over the globe at anchor or just outside territorial waters.

“This went on and on and up and down the transportation chain costing tens-of-millions of dollars in additional losses to land-side operations.”  Doyle continued, “I was on the phone every day for about 45 days straight, with Hanjin officials trying to help them move cargo.”

Post-Hanjin, the ocean carrier alliances have reacted in their own ways to help protect the shipping public.  “Companies may fail, but the responsibility lies with everyone, the alliances especially, at least to the extent that we do not have the damage that occurred post-Hanjin,” said Mr. Doyle.  “I applaud the innovative actions taken by carriers of THE Alliance in creating a contingency trust fund designed to protect customers’ cargo and the ocean transportation chain should one of THE Alliance’s carriers experience financial distress or an insolvency event.”

“I am looking forward to what comes next in my career,” Mr. Doyle concluded.