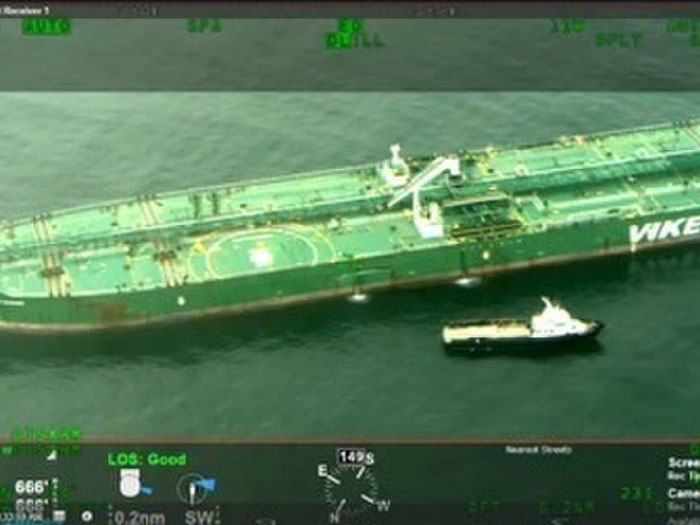 MAY 16, 2018 — Coast Guard Sector New York has been responding to a report of a collision at sea Saturday evening, involving the loaded tankship Tofteviken and the commercial fishing vessel Polaris.

The Polaris, an 84-foot steel vessel built in 2007, suffered damage to its bow and outrigger. There were seven people aboard at the time of collision with no report of injuries. The vessel was able to return to its homeport safely.

The Tofteviken suffered an approximate 30-foot gash along its portside hull. There were no injuries reported to the crew aboard the tankship.

The tankship was ordered to remain anchored until the Coast Guard determined it was safe to continue into port after investigating and reviewing class reports.

Coast Guard marine inspectors and investigators are investigating the cause of the collision and assessing the damage to the Tofteviken’s hull to ensure appropriate repairs are completed.