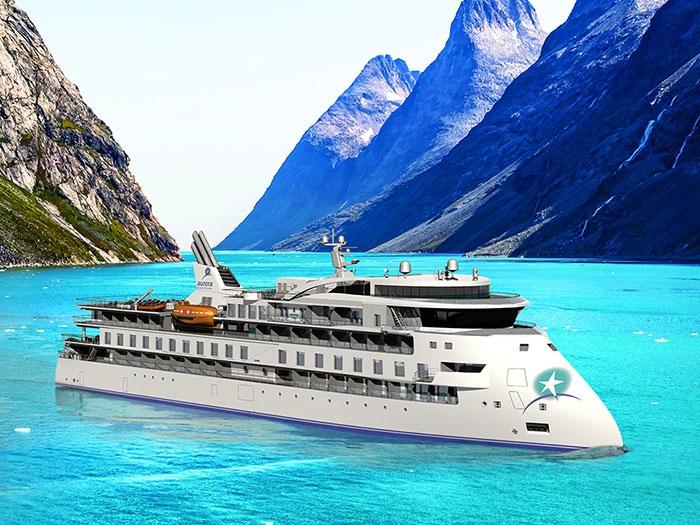 OCTOBER 5, 2018 — Shipbuilder China Merchants Heavy Industries (CMHI) has now exercised an option with Norway’s Ulstein Design & Solutions AS for the design and equipment of the second in the series of Ulstein CX103 Infinity-class expedition cruise ships it is building for Miami headquartered SunStone ships.

Ulstein Design & Solutions AS announced its first design and equipment contract for the SunStone ships in 2017. That contract included nine options, and the first of these has now been declared.

The first vessel for SunStone, the Greg Mortimer, is well underway at the CMHI Haimen shipyard, and is set to sail off for her first cruise after her completion in fourth quarter 2019. This vessel, as well as the second, scheduled for delivery in August 2020, have been chartered by Australia’s Aurora Expedition

As we reported earlier, SunStone Ships, signed an agreement with CMHI for a third ship in the series back in June. SunStone’s President & CEO, Niels-Erik Lund, said then, “We are pleased with the rapid adoption of the Infinity-class vessels. It seems our European design & technology, combined with lower overall operating costs ticks all the boxes for the small and expedition-ship market.”

“We are pleased that SunStone starts to declare their options with CMHI,” says Tore Ulstein, deputy CEO in Ulstein Group and COO Design & Solutions. “This shows that our designs and solutions fulfil their expectations. In addition to the design and equipment package, we will support the yard with a site team. This includes pre-commissioning and commissioning, testing and sea trial assistance. When the SunStone vessels start cruising, we believe they will be highly attractive to the expedition cruise passengers.»

Ulstein is responsible for the delivery of the design and equipment package with all main equipment being of proven technology and from well-known manufacturers in Europe.

The expedition cruise vessels are the first of their kind to implement the Ulstein X-Bow hull. The X-Bow’s shape enables the passengers to stand at the bow and look directly down to where the waves meet the hull. The bow leads to reduced ship movements, and therefore increased passenger comfortable.

The SunStone Infinity Class vessels offer passenger capacities that can range from 130 to 200, with crew capacity ranging from 85 to 115. The hull will be built according to Polar Code 6, Category B, with dynamic positioning system and zero-speed stabilizers.