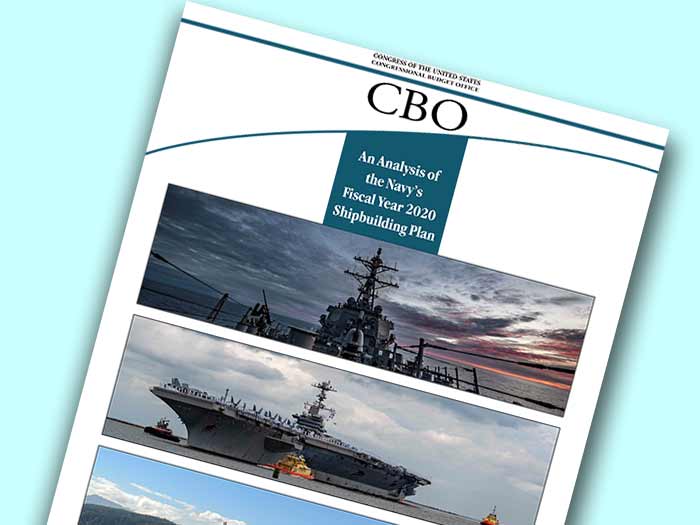 The U.S. Navy and the nonpartisan Congressional Budget Office (CBO) seem to just count things differently. Inevitably, the CBO finds that the Navy lowballs the estimated costs of its shipbuilding plans.

In its latest analysis, released today, CBO looks at the Navy’s s fiscal year 2020 shipbuilding plan and estimates the costs of implementing it. It finds that the total shipbuilding budget would average $31 billion per year, one-third more than the Navy estimates. The plan would require an increase of more than 50 percent compared with recent shipbuilding budget.

If the Navy adhered to that purchasing plan as well as the schedule for retiring ships outlined in the 2020 plan, the inventory of ships would rise from 290 today to its goal of 355 ships in 2034 and thereafter, but would fall short of its specific goals for some types of ships.