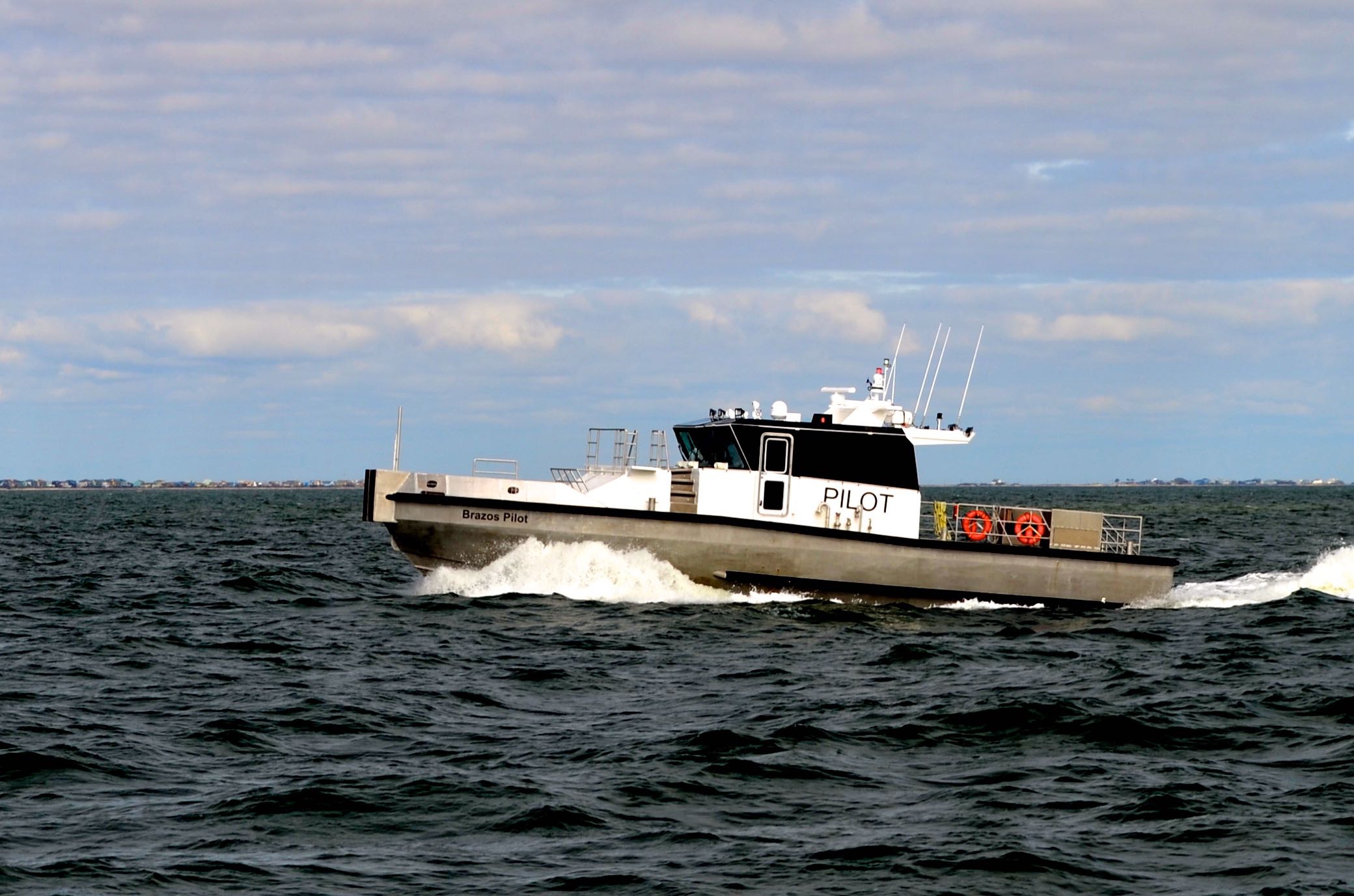 FEBRUARY 1, 2019 — The Freeport, Texas, based Brazos Pilots Association has taken delivery of its newest boat, the $2.5 million Brazos Pilot.

“Our port and the maritime industry have changed, grown and evolved over the last four decades in ways we could not have imagined then,” says association president Captain Billy Burns. “So have the mission requirements of our pilot boats.”

The Brazos Pilot is 20 feet longer, 6 feet wider, and almost three times heavier than its predecessor and has triple the horsepower.

Burns says the new pilot boat was not designed for speed. “Although nice to have, our real design criterion was the ability of the boat to break powerful suctions that large ships generate near their stern,” he said. “These suctions are very dangerous to pilot boats and many pilot boats have been sunk because they lacked the power to break away from the ship.”

Burns says the boat’s larger and wider design was designed with a specific purpose. For example, the gunnels are raised, the bow flare is deeper and the freeboard is taller, allowing the boat to operate in heavier seas than the current vessels.

The wheelhouse is also purposely larger, with a 360-degree visibility and unobstructed views in every direction. “Parts of the ceiling is glass so the boat operator can see pilots on the ship as they descend down the pilot ladder. The forward windows are slanted out to reduce glare and heating coils inside the glass prevent any condensation from obstructing the boat operator’s view,” Burns said.

The boarding platform is also three feet higher than the current one, allowing transferring pilots fewer chances to be hit by seas and spray when transferring to ships.