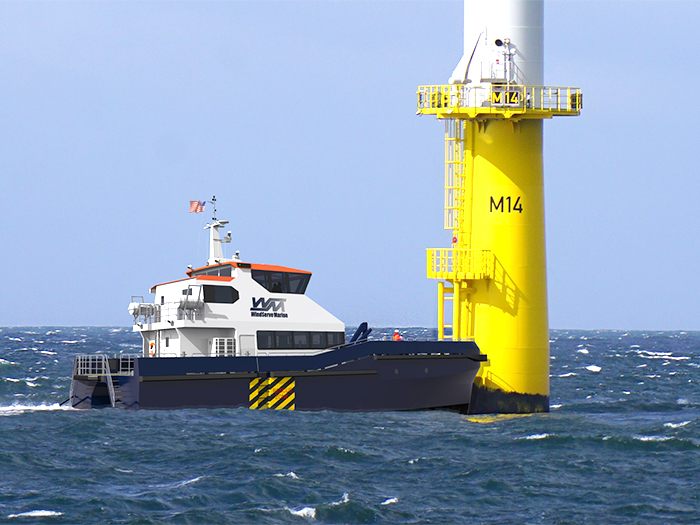 The two BMT-designed Crew Transfer Vessels (CTVs) being built to service Ørsted U.S. offshore wind projects will have some significant differences from similar vessels built for the European market.

As we reported earlier, the CTVs are being built for WindServe Marine, LLC, a member of the Staten Island, N.Y. headquartered Reinauer Group. The first is under construction by the U.S. Workboats shipyard in Hubert, N.C., while the second CTV will be built by WindServe’s affiliate shipyard, Reinauer Group member Senesco Marine, in North Kingstown, R.I.

BMT has designed the new 20 meter vessels specifically for East Coast conditions, combining, maneuverability, performance and redundancy with a top speed in the region of 28 knots. Carrying 20 passengers, plus four crew, the first CTV will be delivered early next year and is already under construction, with the second earmarked for late 2020.

The endangered North Atlantic right whales have been a key driver in the design of this vessel, culminating in the smallest quad jet wind farm vessel that BMT has ever designed.