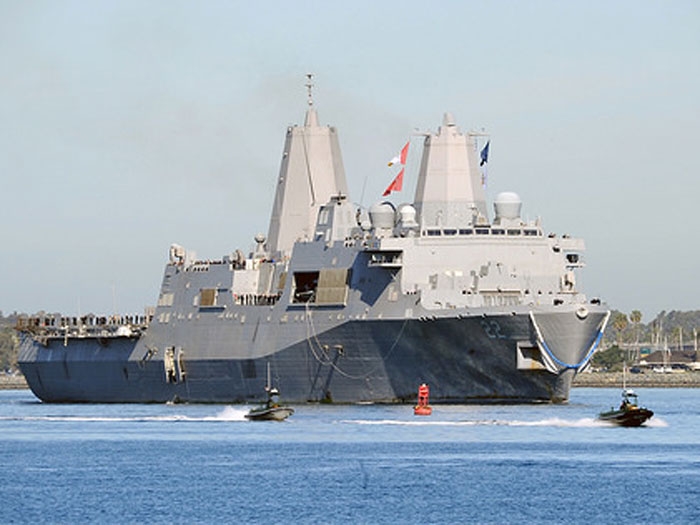 USS San Diego (LPD 22), the only Navy ship stationed in its namesake city, returned to Naval Base San Diego February 25 following a seven-month, 40,000 mile maiden deployment to the U.S. 5th and 7th Fleet areas of operations as part of the Makin Island Amphibious Ready Group

A select restricted availability includes the planning and execution of depot-level maintenance, alterations, and modifications that will update and improve the ship’s military and technical capabilities. This modification includes options which, if exercised, would bring the cumulative value to $18,796,615.

Work will be performed in San Diego, California, and is expected to be completed by November 2015. Fiscal 2015 operations and maintenance (Navy) funding in the amount of $16,771,463 will be obligated at time of award and will expire at the end of the current fiscal year. The Southwest Regional Maintenance Center, San Diego, is the contracting activity.