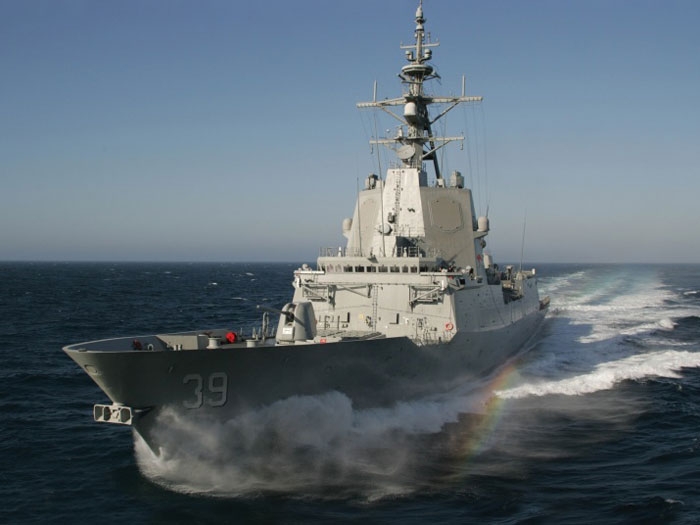 DECEMBER 9, 2014 — The Australian Government has announced a plan to fix the country’s troubled naval shipbuilding industry. The announcement came  less than two weeks after Defense Minister Senator David Johnston found himself censured for was that he wouldn’t trust Government owned shipbuilder ASC (formerly Australian Submarine Corporation) “to build a canoe” — a remark he hastily paddled away from.

Today, the Defense Ministry released two statements. The shorter one was a three point plan for creating a sustainable naval shipbuilding industry. The second was to report “major step to put the Australian $8.5 billion Air Warfare Destroyer (AWD) program back on track to deliver critical capability for the Royal Australian Navy” by inserting additional shipbuilding expertise.

Bringing in experienced shibuilders was among the recommendations of an independent review into AWD program, led by former U.S. Secretary of the Navy Donald Winter, that has still not been made public.

The statement no mention of what the three defense contractors will be paid for their new duties.

“This focus on resolving outstanding productivity issues will ensure opportunities to improve performance for the duration of the project are maximized,” said the statement.

“The outcomes of this interim period will also inform the Government’s considerations on the Australian naval shipbuilding industry in the context of the 2015 Defence White Paper.

“This interim period marks a turning point in the performance of ASC and its partners on this important project and will help renew confidence in the future of Australia’s shipbuilding industry.

“No decisions have yet been made about the long term arrangements for the Air Warfare Destroyer program.

“The Air Warfare Destroyer Alliance Industry Participants – ASC Shipbuilder and Raytheon – will continue to be responsible for the construction and delivery of the three ships.

“We are committed to working collaboratively and constructively with all stakeholders to ensure we realize both the critically important national security benefits of this program as well as its long term benefits for the Australian shipbuilding industry in the most efficient and effective way possible.”

BAE Systems welcomed by statement as a “positive step” towards helping to turn the project around and said it will be providing a team of highly experienced shipbuilders and executives from its Australian and global businesses “to assist with reform activities.”

The company said its recent delivery of Landing Helicopter Dock HMAS Canberra, Australia’s largest and most complex warship to date, and the construction and delivery of high quality AWD hull blocks, demonstrated that BAE Systems has the necessary shipbuilding capability, skills and experience to make a major contribution.

“The Australian Government has made it clear that turning this program around is critical to the future of Australian naval shipbuilding,” said BAE Systems Australia’s Chief Executive, David Allot. “We look forward to supporting the Government by bringing our global complex shipbuilding capability to deliver this important goal, while standing ready to support any future needs the Commonwealth might have.”

In addition to working with industry to fix the AWD program, the other two steps in the three point plan are to “create a sovereign submarine industry and avoid a submarine capability gap” and to “create a naval shipbuilding industry around a fleet of future frigates – provided industry productivity continues to improve.”