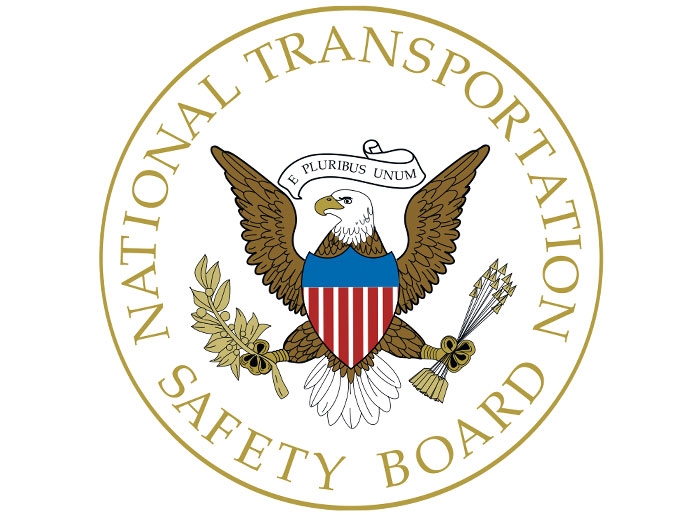 APRIL 21, 2014 — The September 2012 sinking of a wooden fishing vessel that was originally built as a World War II U.S. Navy submarine chaser is one of three marine accident investigations on which the National Transportation Safety Board has now issued a final report.

Accident Reports are one of the main products of an NTSB investigation. Reports provide details about the accident, analysis of the factual data, conclusions and the probable cause of the accident, and the related safety recommendations.

Most reports focus on a single accident, though the NTSB also produces reports addressing issues common to a set of similar accidents.

Following are summaries of the three reports with links to the full reports.

On August 25, 2012, about 1245 eastern daylight time, the 477-foot-long tanker Wawasan Ruby, with 24 persons on board, allided with the CSX Bayside Coal Pier (CSX Pier) in Baltimore Harbor, Maryland, while the tanker was making a turn toward its destination berth. One person on the pier was injured. The damage to the pier totaled more than $2 million; the Wawasan Ruby sustained an estimated $15,000 in damage.

The National Transportation Safety Board determines that the probable cause of the allision of the tanker Wawasan Ruby with the CSX Bayside Coal Pier was the high rate of speed at which the pilot and the master were operating the vessel while attempting a 70-degree turn into Curtis Creek.

On September 20, 2012, about 2030 local time, the 76-foot-long commercial fishing vessel Allison C sank about 125 miles off the coast of California, west-southwest of Point Piedras Blancas, after the vessel’s engine room flooded. The three crewmembers and their cat abandoned the Allison C and were rescued without injury. The value of the vessel and its cargo was estimated as $277,000.

The National Transportation Safety Board determines that the probable cause of the sinking of the Allison C was a loss of hull integrity from a leak in the engine room, which led to uncontrollable flooding.

The wooden-hulled uninspected fishing vessel Moonlight Maid was transiting to Kodiak, Alaska, in heavy seas when the vessel sprung a plank and began flooding on September 20,2012. The vessel’s bilge pumps were unable to keep up with the rate of flooding, so the crew of four made a Mayday call, donned survival suits, and abandoned ship into a life raft as the boat foundered. All were later hoisted to safety by a US Coast Guard helicopter without injury. The sinking resulted in an estimated loss of $400,000.

The National Transportation Safety Board determines that the probable cause of the foundering of the wooden-hulled fishing vessel Moonlight Maid was the detachment of portside hull planking in heavy weather, which resulted in uncontrolled flooding. Contributing to the hull failure was inadequate maintenance of the aging wooden vessel.

The vessel was originally launched and delivered as USS PC-0536 in 1942 by Peterson Boat Works in Sturgeon Bay, Wisconsin, as one of a class of 438 110-foot World War II US Navy Sub-Chasers (SC). After World War II, the boat was transferred to the Coast Guard and renamed the Air Cormorant (WAVR 415). In 1951, the boat was converted by a Seattle owner to a 107-foot fishing craft of 138 gross registered tons named Moonlight Maid.