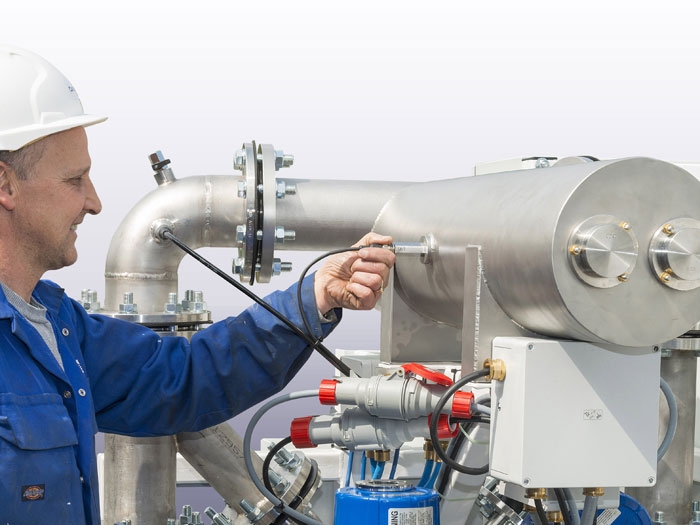 The Cathelco BWT system is based on a combination of filtration and UV technology and the
Type Approval tests will be carried out using the FDA/CMFDA methodology where life forms are judged as living/dead, the standard that the U.S. Coast Guard requires.

Cathelco says that the tests will also meet the expected revised standards of the new draft of the IMO G8 Guidelines.

“Our system has already received IMO Type Approval and AMS Certification from the USCG. We are pushing ahead with sales, but recognize that it is essential to attain USCG Type Approval as soon as possible,” said Robert Field, Cathelco’s technical director.

AMS Certification is an interim designation given to BWT systems approved by a foreign administration. It enables the system to be used on vessels for a period of up to five years, while the treatment system undergoes testing to USCG standards.

Cathelco has approached Marine Eco Analytics (MEA-nl) to carry out the new testing programme. Based in Den Oever, Holland, the testing facility is in the process of obtaining USCG approval. It has the advantage of being in a coastal location where tests using marine, fresh and brackish water can be performed in real world conditions.

Land based testing will be followed by testing on board the AS Patria, a containership built in 2006 which is operated by Ahrenkiel Steamship of Hamburg, Germany.

“Many shipowners are still undecided about which BWT systems to purchase for their vessels. Clearly, potential customers will have greater confidence in a system that has attained USCG Type Approval and we are committed to achieving this within the next 12 months,” said Peter Smith, sales director of Cathelco. “At the same time, testing to the expected revised IMO G8 Guidelines provides the assurance that the system meets all the necessary performance criteria, resulting in publicly available data which enables systems to be compared more easily.”

To maintain its effectiveness, the Cathelco system automatically adjusts to different sea water qualities. The system uses a UVT sensor to measure UV light transmittance – the amount of UV radiation actually passing through the seawater. This is a reliable parameter for calculating the UV dose as well as ensuring that power is used economically.

Other important features of the system are stepless power control, inlet manifolds designed to make the water flow in a helix to increase contact time during irradiation, and a chemical free cleaning system.

The most recent installation of the system is on board the Harvey Stone (Hull 234) an offshore vessel built by the Eastern Shipbuilding Group Inc., Panama City, FL, for Harvey Gulf International Marine. The Rampage 6400 multi-purpose field support vessel (MPFSV) is to be installed with a Cathelco system with a capacity of 150 cu.m/hr.