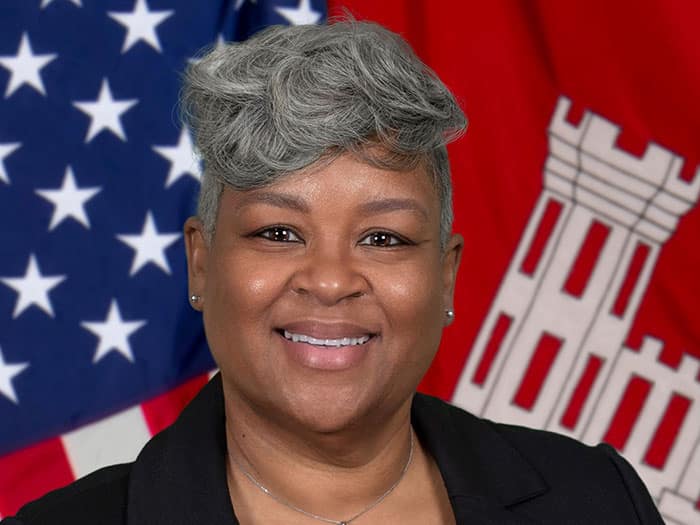 Andrea L. Williams has been named Operations Division chief at the U.S. Army Corps of Engineers Memphis District. In that role she is responsible for the operation and maintenance of the district’s Physical Support Branch, including the Ensley Engineer Yard Marine Maintenance Center and the Mississippi River Regional Channel Improvement fleet, which includes the revetment Mat loading, grading, and clearing and snagging units, the dredge Hurley and its associated floating plant, the M/V Mississippi, and the Huxtable and Graham Burke pumping stations. Additional responsibilities include providing support to the Engineering and Construction Division and the Programs and Project Management Division.

Williams started her U.S Army Corps of Engineers career as a co-op student with the Nashville District. She joined the Memphis District in 2000, serving as a civil engineer in the Construction Branch. She was promoted in 2002 to supervisory civil engineer and served as Water Data Section chief. In 2011, Williams moved to Operations Division where she served as Plant Section chief at Ensley Engineer Yard. Williams joined the Galveston District in 2019, serving as an operations project manager over Addicks and Barker Dams and Wallisville Lake. In January 2020, she deployed to Afghanistan for two years, supporting Operation Freedom’s Sentinel where she was the Technical Services Branch chief. Williams returned to the Memphis Engineer District in January 2022, when she was selected to serve in a temporary position as Operations Division chief and was subsequently hired to fill the position permanently.