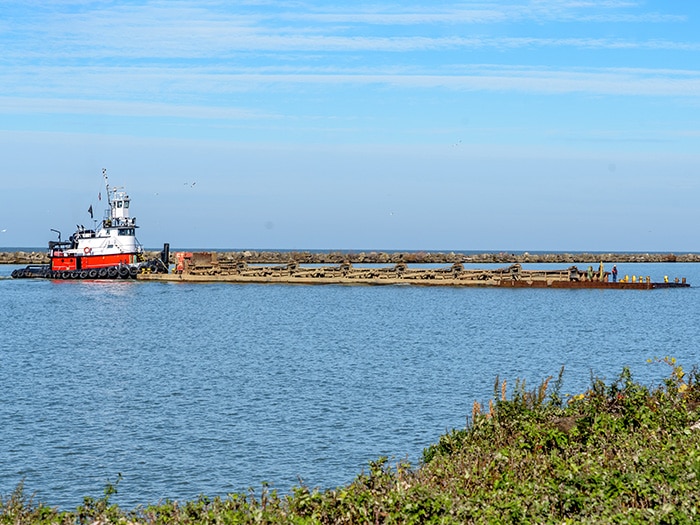 The Buffalo Engineer District has awarded a $5.98 million contract to Michigan-based Walsh Service Solutions. The award covers dredging of the federal navigation channel in Cleveland Harbor.

“Maintaining the operation of our nation’s ports is more critical than ever to the vitality of the nation,” said Lt. Col. Eli Adams, commander of the Buffalo District. “We’re proud of our partnerships with the city of Cleveland, the state of Ohio, and our representatives in Congress that have made this contract award happen, and we look forward to beginning dredging this summer.”

Dredging of the harbor is scheduled to take place during two seasonal periods, from May to July and October through December.

A total of approximately 250,000 cubic yards of material is contracted to be mechanically dredged from the bed of the harbor between the two periods. The material will be hydraulically placed in both contractor-furnished and USACE-operated confined disposal facilities.

Dredging of Cleveland Harbor is conducted annually by USACE, based on availability of funding.

Cleveland Harbor is a deep draft commercial harbor which handled 11.9 million tons of cargo, including iron ore (58%), limestone (21%) and cement and concrete (7%) in 2019. Waterborne transportation facilitated by the harbor supports $545.7 million in business revenue, 2,391 direct, indirect, and induced jobs, and $183.8 million in labor income to the national transportation sector.