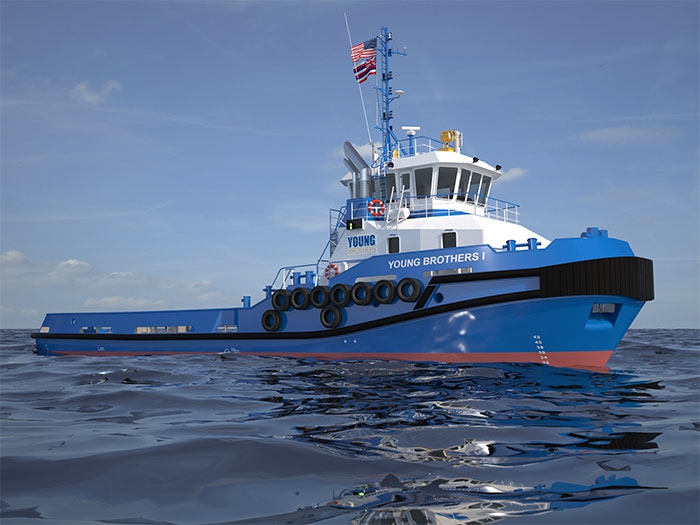 Artist rendering of Damen Stan 3711tugs to be built by Conrad Shipyard for Young Brothers, Ltd of Honolulu

“Our investment in these new tugs will directly support and further our commitment to frequent, reliable, affordable and universal service for decades into the future,” said Young Brothers President Glenn Hong.

“The new contract is a tribute to the extraordinary skills and coordination of the parties as well as our joint commitment to quality, craftsmanship and developing a vessel suited to the needs and demands of the Hawaii service,” said Conrad Shipyard President and CEO Johnny Conrad.

The four new tugs will constitute the core of the company’s towing capacity for their 35-year life expectancy.

Young Brothers worked in conjunction with its parent company, Foss Maritime, and the naval architects in Foss’ Technical Services Department to research various tug hull designs, engines, and towing equipment options.Through this collaboration, Young Brothers was able to ensure that the latest advances in safety, environmental protection and crew habitability were incorporated into the tug design.

To be known as the Kāpena Class, the tugs will be built to Damen Stan 3711 design and will be powered by General Electric, 8L250MDC, EPA Tier 4 emissions compliant engines using exhaust gas recirculation engines.

“The Kāpena Class, or captain class, celebrates the incredible seamanship of Hawaiian navigators,” said Mr. Hong. “Young Brothers will honor their skills and innovations by naming each of the four new tugs after former captains.”

The tugs will be homeported on the neighbor island ports, underscoring the company’s service commitments to Hawaii’s communities. 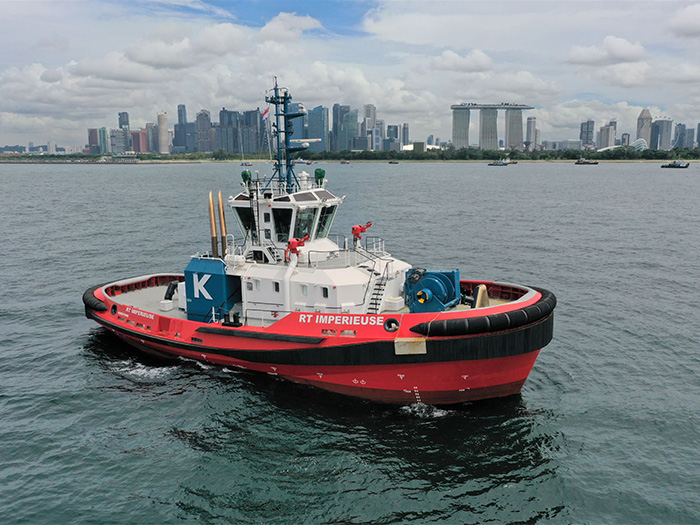