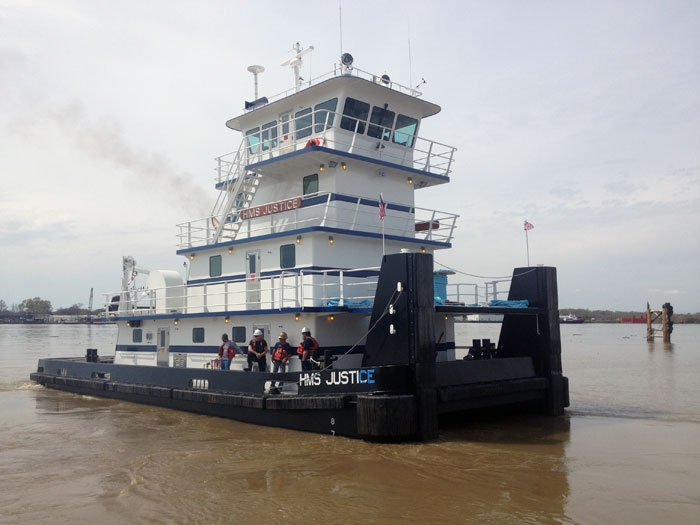 Harley Marine has partnered with Conrad Shipyard to build a series of vessels. “The HMS Justice is a quality built vessel, a testament to the craftsmanship and skill of the shipyard,” says Jonathan Mendes, interim General Manager of Harley Marine NY. “We look forward to a long relationship with Conrad with more vessels to come in the near future.”

Four of the vessels in this class—the Alamo, Fury, Silver and Stardust—are employed in the Harley Marine Gulf fleet. The vessels are each 75 feet in length, have a 29 foot 9 inch beam and a depth of 9 feet and 11 inches. The vessel is equipped with two Tier II-compliant K38M Cummins engines producing 2,000 horsepower, two Cummins auxiliaries and Nabrico Hydro Electric DF-156-40-116-HEBK winches. Her design is well suited for the demands of harbor service with its “flanking rudder” technology.

Mendes says, “The HMS Justice is a welcome addition to our growing New York operation. She will enhance our local business while servicing customers safely, reliably, efficiently and responsibly.” HMS Justice represents Harley Marine’s continued efforts of building sustainable vessels that will provide a better, greener future for generations to come.