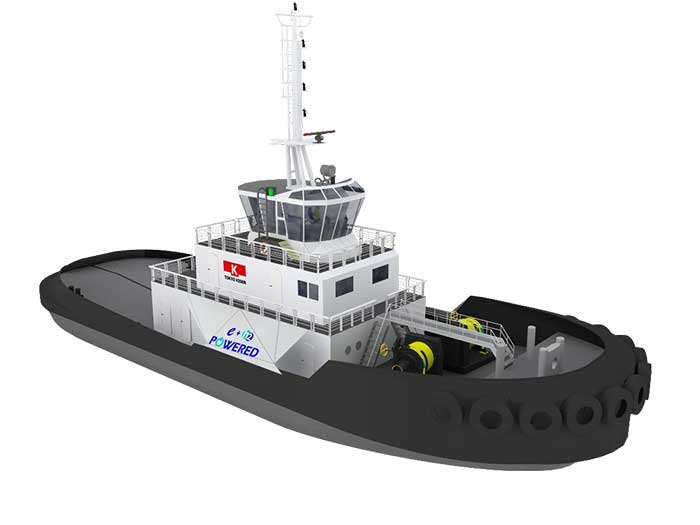 The aim is to launch the tug for commercial operations at Yokohama Port and Kawasaki Port in 2022.

Called the e5 tug, its propulsion system runs on the “e5 powertrain platform,” devised and planned by e5 Lab, which describes itself as “a shipping solution provider based on the electrification and digitization of ships.”

The power system utilizes a large-capacity battery system as a main power source and a hydrogen fuel cell and generator as the auxiliary power source. It is designed to ensure adequate bollard pull and the continuous cruising time needed for an harbor tugboat which requires a large-capacity power to function.

The vessel’s propulsion will be by two 1,500 kW azimuth thrusters and it will have a towing power of 50 tons and a service speed of 14 knots.

The design promises significant CO2 emissions reductions in all phases of operation.