The American Waterways Operators (AWO) has submitted comments to the Bureau of Offshore Energy Management (BOEM) regarding the scoping for the Humboldt Bay California wind energy area Environmental Assessment.

The letter reinforces points made to BOEM with previous comment letters that wind energy development, which is something AWO supports, should not come at the expense of safety and navigation.

In part, the letter says:

“AWO’s commitment to environmental stewardship includes aiding the development of renewable energy, including wind energy. However, such projects must not become navigational hazards that jeopardize crews’ lives, endanger vessels, or hamper the already strained supply chain on which the nation’s economy depends. Navigational hazards can lead to environmental damage without proper planning to avoid or minimize them. As such, AWO has urged BOEM to recognize customary vessel traffic lanes and coastwise navigation as it considers potential sites for renewable energy projects.

“Safety is a top priority for AWO. Anything that imperils safe navigation is a threat to both the environment and socio-cultural considerations. The proposed Humboldt wind energy area is situated within an area with significant commercial shipping activity, including coastal tug and barge traffic. Siting offshore wind energy developments in areas that conflict with commercial traffic routes increases the likelihood of marine collisions and casualties. West Coast tug and barge operators require adequate distances to operate safely in a variety of traffic densities. Reducing the area available for safe navigation will increase the risk of collisions and groundings.

“The Coast Guard is now undertaking a Port Access Route Study (PARS) of the Pacific Coast from Washington to California. This Pacific Coast PARS (PACPARS) will evaluate safe access routes for vessel traffic and determine whether shipping fairways are needed to safeguard mariners, vessels, and offshore installations. It is difficult to know how the Humboldt wind energy area will impact navigation safety without knowing the results of the PACPARS.

“Therefore, AWO asks that BOEM refrain from issuing competitive lease sales until after the completion of the comprehensive, systems-approach PACPARS. This sequence of events will afford BOEM, maritime stakeholders, and wind energy developers the opportunity to make better long-term strategic decisions for the nation’s environment and economy.” 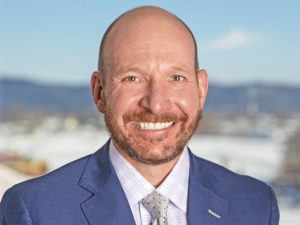 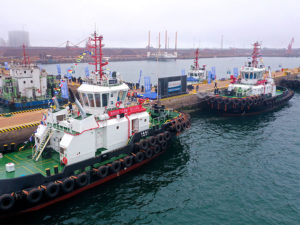