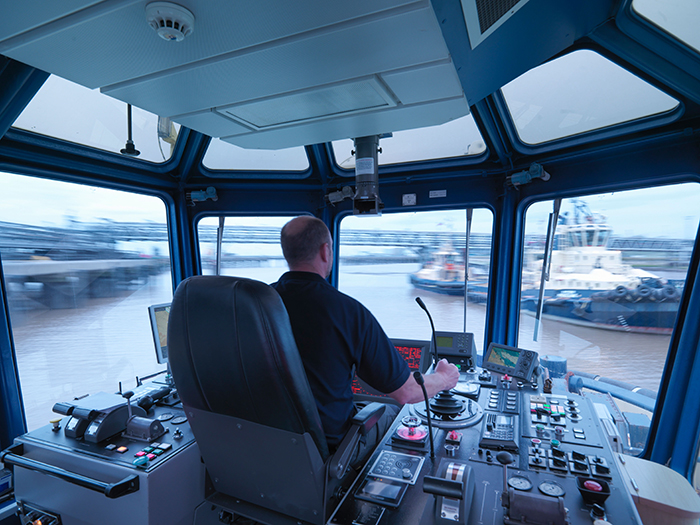 SPONSORED CONTENT: It’s hard to scan marine industry news without coming across a handful of stories each week dedicated to the subject of marine autonomy. While many are still focused on technologies that are clearly in the development stage – like fully unmanned containerships – there are also stories circulating now about the practical use cases for today’s autonomous systems.

The reality of today’s autonomous-command systems is that most current use cases involve supervised autonomy, though some systems are now capable of enabling fully unmanned missions in controlled domains. Autonomous command of a vessel is a highly practical technology that aids the navigation of vessels and improves the productivity and safety of mariners on the water today.

AUTOMATION OF REPETITIVE OR TEDIOUS TASKS

Whether mariners are executing a precise mission, keeping a vessel on course in heavy seas or coordinating maneuvers with a second vessel, these manual, tedious and redundant tasks can cause distraction and fatigue – two major causal factors for incidents at sea. Autonomous marine technologies automate these behaviors, providing relief to crewmembers and allowing them to focus on higher-level (and often more enjoyable) tasks aboard the vessel.

Autonomous systems are indefatigable and have an unlimited attention span for programmed tasks on the water. Systems like Sea Machines allow a human operator to remain in control of a vessel and mission, and to take over operations at any point. Further, autonomous systems are “always on watch,” and support navigation 24/7, even in poor visibility and challenging weather conditions.

Today’s best-available autonomous marine systems enable optionally manned or “crew-assist” modes that can reduce mission delays and maximize effort. This is an important feature for anyone performing time-sensitive operations, such as on-water search-and-rescues.

Last summer, Sea Machines successfully deployed the world’s first autonomous spill-response vessel, alongside its partner Marine Spill Response Corp., for the U.S. Department of Transportation’s Maritime Administration (MARAD), in Portland, Maine. During the demonstrations, Sea Machines showed its ability to either remove or reduce the number of mariners required aboard vessels operating in on-water spill environments, which have the potential to expose crew to toxic fumes and hazards.

“The use of autonomy allows us to keep people off the water as much as possible, which is an increase in safety. And the other consideration for the technology is fatigue. There are going to be times when we have to do crew changes; if we can reduce those, that keeps people safer … We think that’s the kind of technology we need to improve our safety,” said MSRC’s John Swift, vice president, during the Portland event.

The risks of commercial marine operations to mariners are clear across a variety of sectors, including marine fire, security, search-and-rescue, survey, dredging and offshore operations, and others. It’s clear that today’s technology reduces the need for mariners to work in hazardous situations.

The obstacle detection and collision and allision avoidance feature now offered with current autonomous marine systems is a potentially life- and mission-saving capability. Sea Machines’ system works by fusing camera vision, GPS, radar and AIS vessel traffic data to intelligently identify objects in an autonomous vessel’s path. Once a problematic object is identified, an autonomous vessel safely reroutes around hazards before resuming the planned mission again – without the need for human involvement. This can be especially useful for mariners navigating during periods of low light or poor visibility.

Much like other sectors (mining, farming, warehousing, manufacturing, etc.) that have adopted automated solutions, the marine industry is poised to take advantage of the many new career opportunities that autonomous marine technology brings. Examples may include shifting crew from a spill-response or survey vessel to a secondary location, such as an office or mothership, where he/she can command and control vessels from a safe distance. Another might be a firefighter remote-commanding a fireboat from the nearby shoreline, away from heat and smoke. Though these are just two examples, these new, non-traditional roles will help to improve mariner safety, fatigue and potentially increase satisfaction.

Sea Machines’ SM300 autonomous-command and remote-helm control product was released to the market last year and is now commercially available for installation aboard workboats and small-to-medium sized vessels.

Operators can also capitalize on Sea Machines’ SM200 system, which singularly provides wireless remote-helm operation of vessels and on-board equipment by way of an industrial-grade beltpack. Since their release, both products have been installed aboard existing and new-build commercial vessels to provide new capabilities across a variety of vessel types – ranging from marine spill response, survey, fire, search-and-rescue, patrol, aquaculture, dredging, offshore oil and gas, windfarm support and more.

The bottom line is, the entire commercial marine industry will see major modernization due to emerging technologies like autonomy. Operators who recognize the potential of these systems in reducing risk, increasing safety and improving operational efficiency have the most to gain. Like modern-day marine autopilot or dynamic-positioning systems, in the near future autonomous technology will become commonplace supporting the hardworking mariners aboard.