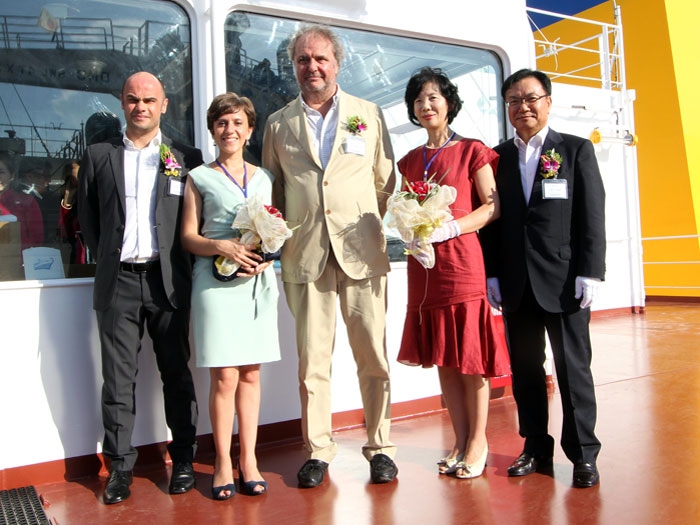 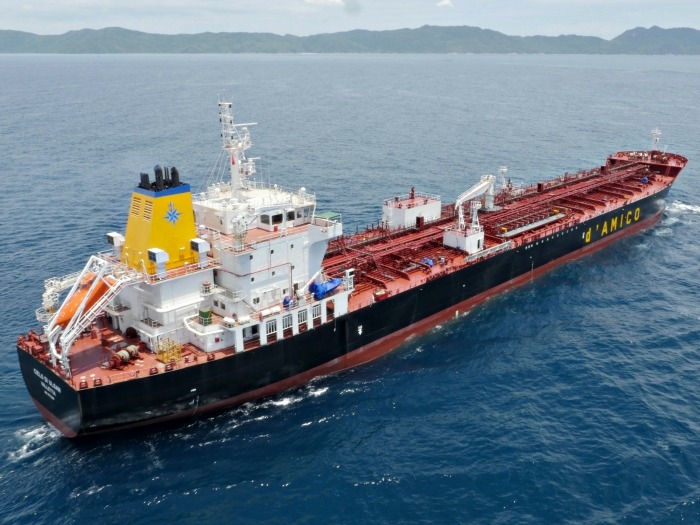 The energy efficient design of two vessels, the 39,000 dwt Ice Class handysize tanker Cielo di Ulsan, and the 50,000 dwt product tanker High Trader, allow them to already meet IMO standards that will come into force in 2025.

With the addition of the two ships, the DIS fleet now controls through ownership, charters and joint ventures 51.83 double-hull tankers, with an average age of 7.6 years. It owns 25.33 vessels and charters another 26.50. The two eco-ships, worth a total of over $62 million, are a part of $755 million investment plan that DIS started in 2012 and which includes, to date, a total of 22 high performance vessels, 10 of which have already delivered.

Marco Fiori, CEO, d’Amico International Shipping S.A., says, “We have added two more ships of great construction quality to our young fleet, which are capable of offering our customers safety, efficiency and profitability.”

Both of these new tankers are under time charter contracts to two major international oil companies, one lasting 30 months and the other three years, managing to anticipate the extraordinary global demand in the transport of refined petroleum products, today favored both by the transfer of refineries (from the main consuming regions to oil production areas) and the decreasing of crude oil prices.

The 183m x 29m Ice Class Cielo di UIsan is equipped to operate in temperatures as low as -20°C. It will operate in routes in Northern Europe, the Arctic and the Northern Sea. This is the first model of a group of four ships that will join the DIS fleet, resulting from the joint work of the company’s engineers and Hyundai Vinashin.

The 183m x 32m High Trader is the sister ship of two other vessels already delivered to DIS. One of its selling points is that it can guarantee an average savings of 6 tons of fuel per day (with ship fully loaded and a constant speed of 14 knots) and consequently a 20% reduction in CO2 emissions. Moreover, the profitability of the ship is driven by its great commercial versatility: High Trader can carry up to nine different types of cargo during the same trip. Cielo di Ulsan and High Trader are equipped with systems for the treatment of ballast water so as to minimize the impact on marine ecosystems and comply with IMO3 and IMO2 requirements.

DIS has an extensive newbuilding program underway, with 12 new eco-ships on order, including three Handysize, three Medium-Range and six LR1, tankers under construction.

“This extremely positive moment on the market,” says Fiori, “and increasingly close relations with major oil companies and multinational manufacturers of vegetable oils, which request our ships more and more often, confirm that DIS has taken the right route. With the addition of other 12 eco-ships currently under construction by 2018, we will further consolidate our competitive position on the global shipping market that today already sees us among the leaders.”