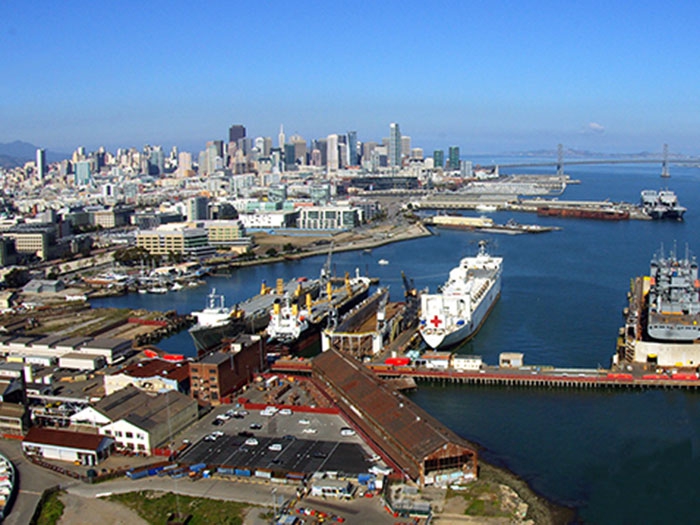 AUGUST 22, 2017 — The Port of San Francisco is circulating a Request for Proposals seeking a partner to lease the shipyard at the port’s Pier 70.

The shipyard operated as BAE Ship Repair until January when it was taken over Tacoma, WA, based Puglia Engineering, only to close in May.

Now the port appears to have resolved a number of issues with BAE and Puglia and says the yard “is undergoing an unprecedented refresh of new investment.”

A $5 million project was completed in 2008 that upgraded Dry Dock #2 to post-Panamax lifting capacity and, significantly, the port now says that among investments and improvements it is making are a dredging project to include a dredging beneath Dry Dock #2 to a depth of 60 feet and Wharf 4 East to a depth of 30 feet including dredge support costs such as testing, permitting management fees along with mobilization, deployment, fees and management costs.

The port also says it has reached a “nearly-final Project Partnership Agreement with the U.S. Army Corps of Engineers for the continued dredging of the Central Basin, the access way into and out of the shipyard.”