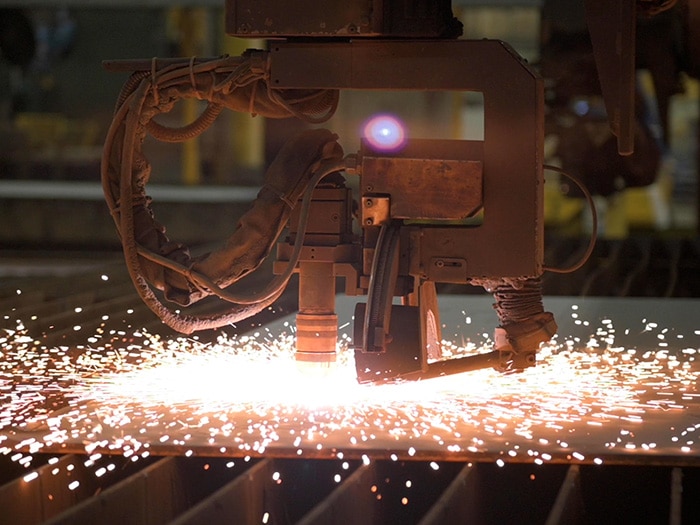 Huntington Ingalls Industries (NYSE: HII) reports that its Ingalls Shipbuilding division has started fabrication of the U.S. Navy’s newest amphibious assault ship Fallujah (LHA 9), signifying that the first 100 tons of steel have been cut for the ship and that the shipyard is ready to move forward with its construction,

“The start of fabrication on Fallujah is a significant milestone in the construction of this large-deck amphibious ship and demonstrates our ability to maintain a sustained LHA production line at Ingalls,” said Eugene Miller, Ingalls Shipbuilding LHA program manager.

For nearly 50 years, Ingalls has built large-deck amphibious assault ships and has delivered 15 large-deck ships, including the Tarawa-class, LHA 1-5; the Wasp-class, LHD 1-8; and most recently the America-class, LHA 6 and LHA 7.

The third of the America class, Bougainville (LHA 8), is currently under construction. In October, Ingalls was awarded the $2.4 billion U.S. Navy fixed-price-incentive contract for the detail design and construction of Fallujah. Similarly to Bougainville, Fallujah will retain the aviation capability of the America-class design while adding the surface assault capability of a well deck and a larger flight deck configured for F-35B Joint Strike Fighter and MV-22 Osprey aircraft.