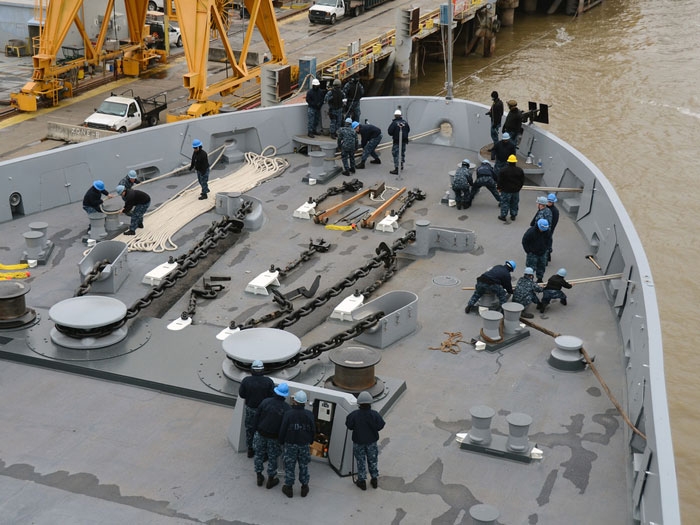 Sailors on board the last ship to be built at Avondale, USS Somerset, bring in all lines during sea and anchor detail prior to the ship departing the shipyard on its maiden voyage on February 3

“Since the July 2010 announcement to close Avondale,” says the company, “HII has aggressively sought a strategic solution to redevelop the facility. The study will explore and evaluate best-use opportunities for the facility. Once the study is completed and a determination has been made for an economically viable, best use of the facility, HII and Kinder Morgan Energy Partners may pursue the formation of a joint venture to re-purpose the Avondale site.”

Though Kinder Morgan’s main business is pipeline operations, back in December 2013 it announced it had reached a $962 million definitive agreement to acquire American Petroleum Tankers (APT) and State Class Tankers (SCT) from affiliates of the Blackstone Group and Cerberus Capital Management. APT operates five Jones Act products tankers while SCT has five on order at NASSCO.