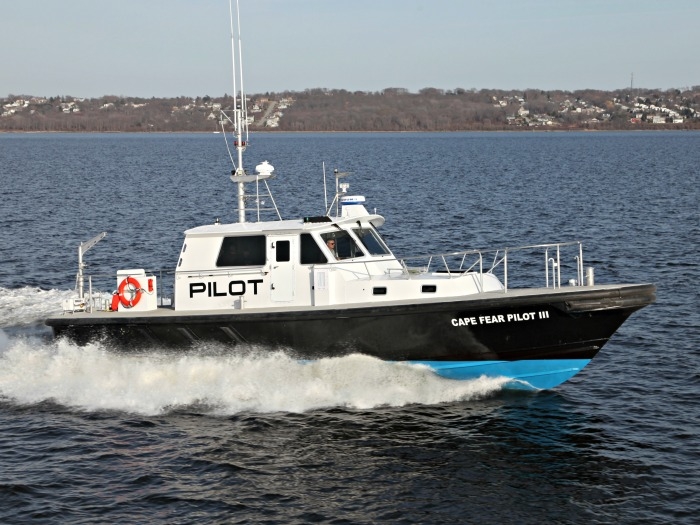 The new all-aluminum launch, an updated version of the pilot’s first St. John’s Class delivered in 2001, features a deep-V hull designed by C. Raymond Hunt Associates. It measures 52 feet overall, with a 17-foot beam and a 4.8-foot draft. Propulsion power is supplied by two Caterpillar C-18 diesel engines, each producing 479 bhp at 1,800 rev/min. The vessel’s top speed is 23 knots. Each EPA Tier 3-rated engine turns a five-blade Ni-Br-Al propeller via a Twin Disc EC-300 Quick Shift gearbox. Onboard auxiliary power of is supplied by a Northern Lights diesel generator.

The launch features wide side decks and is equipped with heated, exterior handrails to prevent ice formation and a boarding platform on the roof. At the transom is a winch-operated, rotating davit over the water-level, recessed platform for pilot rescue operations.

Interior accommodations are cooled and heated by a pair of 16,000 Btu HVAC units. The wheelhouse has three Llebroc pilot seats and a helm seat. The forecastle is outfitted with a settee, a galley, two bunks, and an enclosed head.